Blowing The Mind Of An Intellectual 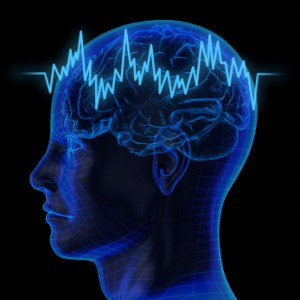 It would seem that, out of all the Apostles of Jesus Christ, only one of the men could be classified as an intellectual.  Granted, all of them were endowed with great spiritual wisdom during their lives but only Paul was formally trained and groomed theologically for the calling that ultimately found him.  The man was analytically brilliant, top of his class in intellect and pristine in his commitment to understanding and applying the Jewish law.  Upon his dramatic conversion in Acts 9, all of Paul’s brilliance, scholarship and religious pedigree was placed under the harness of Christ and he would finish out his life as the primary leader of the first century church.  If you read his New Testament letter to the Romans, recognizing it for what it is – a legal document presenting the validity of the Gospel – you will see how his rational mind precisely presents truth while also dismantling anticipated arguments all at the same time.  Simply put, Paul was the first genius that the Church ever knew.

It is my opinion that not enough of us in the body of Christ use our minds.  The trending of Christian ministry has made a clear shift towards emotions, emphasizing the subjective experience above the objective parameters.  My hope is that God will use me in some small way to remind believers to use their intellect before they bow to whatever emotion might be employed as they exercise their faith.  Having said that, I am often amazed at this passage of scripture that tells us about Paul’s inexplicable experience in the spirit.  If you carefully read his words above you will see that:

Why do I feel the need to address this?  It helps me to strike a balance in my heart.  Some of us are relentless in our pursuit of the objective, scriptural, quantifiable aspects of the faith.  Others in the Church are addicted to the mystical, subjective and experiential facets of Christianity.  If we are not careful we will find ourselves staying anchored in the familiar harbor of one at the expense of the other.  God has provided both for His children and I believe those who are given to the intellectual aspects of Christianity would do well to humble ourselves and remember that God doesn’t fit in our tightly contained 3X3 box.  Paul, the intellectual, had a life marked by brilliance yet he also experienced more than his fair share of mystical heights.  His biography and writings indicate that he was content to accept both as valid marks of the Christian experience.  He received spiritual visions, he raised the dead, he healed the sick, he spoke in tongues, he had sit down meetings with the resurrected Christ and he was graced with a round-trip ticket to Paradise in the passage above where he saw and heard things that defied human ability to comprehend and communicate.  There’s no seminary class in the history of Christianity that focuses on this type of thing!  Were Paul to give his testimony in most churches today, the pastors would encourage him to go and get a psych evaluation and then they would apologize to the congregation for allowing a lunatic to speak on Sunday morning.  The more I humbly ponder what happened to Paul, the more I am convicted that our faith may be a little too tidy…a wee bit to pre-packaged and culturally defined…and arrogantly shut off from the biblically mystical realities of Christianity.

Maybe you also share this risk.  Please continue to become mature, grounded and wise.  Read your bible (go ahead and believe it while you are doing so!)  For the glory of Christ, EMPLOY YOUR INTELLECT.  In the end, however, humbly recognize that God reserves the right to absolutely blow your mind when He chooses and how He chooses.  He may very well be working to humble you in order to deposit something brand new in your Christian experience.  May there be sufficient humility in each of us to be willing to acknowledge His ongoing work in us…even if our minds cannot grasp it and our vocabularies cannot explain it.