What Do You Do With All That Mercy You’ve Received? 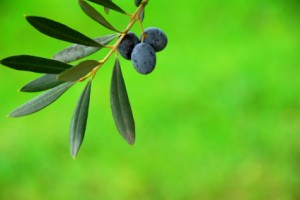 Who needs you to extend the olive branch?

My little boy was my instructor last night around 9 PM.  He’s been devouring a new “bible” that I bought him and placed in his little hands on Saturday with the promise of $50 if he reads the whole thing.  It’s not an actual bible but more of a pictorial book which gives a very broad summary of scriptural accounts in a cartoon book format with age-appropriate illustrations.  I highly recommend it if you want a young boy or teenager to take an interest in God’s word in the future.  It’s called The Action Bible and Landon proclaimed with a satisfied smile that he is now on page 101.  Not bad for a boy who hasn’t reached his seventh birthday.  He was reading the story of Old Testament Joseph who forgave his brothers for their treacherous betrayal.  Landon would read a few pages, run out of his room and shout to me about what he just read and I was reminded of the powerful eagerness that accompanies the one who is just discovering the joy of God’s truth.  As I tucked him in a little later and we held nightime hands in prayer he revealed the fruit from what he had earlier read when he ended his prayer with, “Thank you, Jesus, for dying on the cross to pay for our sins even though we didn’t deserve it.” What was this child grasping?  I’m blind to the dynamics of what God is doing in another’s heart and mind but Landon declared two very important truths: 1)  we are thankful for a Savior who took our place in judgment and 2) we have no claim whatsoever to being entitled to what the Savior has accomplished.  That’s wonderful wisdom being birthed in him.  I now need to teach him the ramifications of his “sound theology”; how does what he has declared impact his relationships with others?

“He that demands mercy, and shows none, ruins the bridge over which he himself is to pass.” – Thomas Admas

Let me give you something that God expects and empowers you to believe and live:  The forgiven forgive.  I’m bypassing my desire to talk about the jewel of God’s comprehensive forgiveness of all who are in Christ and going straight to the “therefore of application”.  Because you have been saved, because you have been justified, because your sins have been removed, because you are unilaterally pardoned through the work of Jesus Christ…you are therefore called to give the same comprehensive forgiveness to each and every person who has wronged you.  There is a freedom of God in forgiveness which is simultaneously a freedom from God for forgiving.  God has woven into my standing with Him the unprecedented power to release from custody all those who have wronged me. Something inside of us immediately stands to protest, “But they don’t deserve it!  I was wronged!  I am a victim here!  My pain is real, they caused it and they do not deserve my mercy!”

Perhaps. But my first grader ascends to the pulpit and prays, “Thank you, Jesus, for dying on the cross to pay for our sins even though we didn’t deserve it.” Friends, God has appointed His Son, Jesus Christ the Lord, to be the full and final arbiter of justice (John 5:22).  God lets none of us partake in ultimate justice beyond the role of humbled observer.  What He has commissioned you to be is an agent of mercy and grace.  You and I are to be those who release our grip…even when we have a heart bent toward strangulation.  I have found that, the more I commit to grace and mercy, the greater sense of confidence I experience in the grace and mercy given to me in Christ.  Jesus taught us that there is a parallel between the mercy we will experience and the mercy we show others.  Forgive me if it sounds a little legalistic but I believe that when I withhold mercy and grace from someone who needs it from me, God seals me off from the proportional amount of mercy and grace I will need from Him in just a matter of time (Matthew 7:2).  At the risk of appearing selfish, I tell you that one of the reasons I’m committed to forgiveness to others is because I am convinced of the great degree to which I, myself, need forgiveness from God.  I cannot bear the thought of His mercy decreasing on my behalf as His justice rises up to fill the void.

So Landon has helped his father again today.  I thank God for His using my own son to develop me.  I thank Him also for using His own Son to deliver me.  May I never fall blind and deaf to God’s call for me to give others in obedience out of what I received freely from Him in grace.