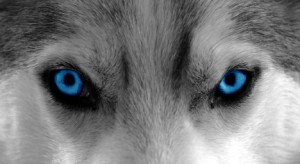 Looking into the eyes of the young man across the lunch table from me, I saw what I’ve had the unfortunate experience of seeing too many times before.  He’d just completed a year at a Christian College which I know to be legalistic, manipulative and saddled with a history of compromised leadership.  This disillusioned young man is not even fully aware of what has happened in his deflated, defeated thinking but, thank God, he left the school early and won’t be going back.  I’ve seen this happen many times before and I never get used to it.  Later in the day, as I pondered our meeting, I found myself getting angry.  Very, very angry.  Here was more evidence of sincere Christians who entrust themselves to ministries that they hope will enhance their understanding and experiencing of God…only to leave shaken but never stirred.  You see, I have found something in pastoral ministry that I never considered that I would encounter: God has called me to help mend the sheep who have been bitten by unfaithful shepherds.

“Thus says the Lord God, Behold, I am against the shepherds, and I will require my sheep at their hand and put a stop to their feeding the sheep. No longer shall the shepherds feed themselves. I will rescue my sheep from their mouths, that they may not be food for them.” – Ezekiel 34:10 {ESV}

For the last several years God has entrusted to Meadow a contingent of people who have come to us after being misled, misindoctrinated and mistreated at other churches.  I’m no rookie in ministry and I’m aware that not every sob-story from a new church member is accurate.  Heaven knows what has been said about me when people move on from Meadow with a bad taste in their mouths.  The people I’m describing here are very different.  Families who spent more than two decades in intensely fundamentalist ministries where they were told what to wear, what to sing, where to go, how much money they had to give and ultimately made to bow to other pastorally mandated whims have shown up at Meadow’s refuge barely holding on to their concept of God as being good.  I’m uncomfortable even writing these words because some who read my blog are not Christians and I’m ashamed that this reality needs to be addressed.  Here’s the elephant in the church: some spiritual leaders use the flock for their own personal gains.  Power, control, guilt, manipulation, material gain and religious intimidation are all found in the historical hymn book of unbiblical shepherds.  Here’s the caveat:  many of those shepherds are unsaved and stand in holy danger of paying with their souls.  Sound too dramatic for you?  Well, do you remember the frightening words of Christ in Matthew 7:21-23?

Folks, the people that the Lord is describing as being banished from his presence are preachers.  Go back and read verses 15-20 in that same chapter.  The context for the sobering words above is Jesus’ warning to His followers to flee false prophets!  They were preaching in His name, casting out demons in His name and doing mighty works in His name…and He rejects them out of hand because they had never come to Him for forgiveness.  Stop and think – some of those people are leading churches this very day.  Some of these counterfeit shepherds are leaving bite-marks on the people looking to them for guidance and spiritual nourishment.  Thankfully, some of those sheep have decided never to be bitten again and have moved on.

A word to those who are pastors:  the sheep are not yours and not for you.  They belong to God and you belong to them.  You are to shepherd them for their own good and for God’s ultimate glory so if anyone is going to be bitten it will be the Shepherd, not the little lambs of God.  You are not called to control them but, instead, to develop them and teach them to think biblically for themselves.  Unbiblical rules that you have chosen to cultivate in your little pasture are not permissible.  The sheep entrusted to you need freedom to exercise the lives that God has granted them in grace.  If the sheep are afraid of you then you are failing in your life’s calling and need to address how things have gotten to this point.  Surely there are times when you must exercise authority but you do so for their benefit, not yours (Hebrews 12:10).  One of the highest forms of success for a pastor is when he so loves his flock that he longs to set them free and, when he does so, they follow hard after the God he has led them to love.

I close with a difficult calling to those of you in ministries where you are not led by a shepherd but, rather, driven by a cattle-herder:  leave at once.  Let nobody protest my dogmatic counsel.  Leave…at…once.  Jesus Christ came to set us free from everything but Himself.  His shepherds are called to do the same thing as they serve you with the motivation to develop you into His disciples.  Read your bible and learn what God says for yourself and you will never again be vulnerable to the selfish dictates of pseudo-spiritual leaders who want to consume you.  There are some incredible churches out there with sincere and godly leadership who have your soul’s best interest at heart-  FIND ONE.  Quit complaining and moaning about how unhappy you are under the unbiblical leadership where you worship and serve.  If you are afraid to leave then that is all the more reason you should lace up your Nike’s and hit the pavement.  These types of leaders will never see the sinful error of their ways until discerning Christians walk away and tell those leaders why they are doing so.  Never give up on the local church but never again feel intimidated to keep showing up at the same place for your spiritual feeding.  You are free in Jesus Christ so be good stewards of your ability to choose as you diligently seek a church where the Word is proclaimed, people are loved, liberty is taught and practiced, the leaders are servants, the sheep are cherished and wolves are being slain.  Stop assuming that God dictates that you have to continue appearing before the same shepherd for your weekly feeding.  Wake up and realize that, if you don’t take courage and change venues, the following Sunday the meal might be you.