The Best Blog I’ve Ever Written

Okay, I just chose the above title in order to get you to read today’s post about leaders and followers.  I repent of the manipulation but really hope it works. 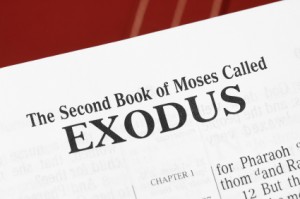 Being entrusted with ministry challenges in recent months, I’ve tended to scope out bible passages that involve interaction between leaders and followers in order to glean some principles for my role as a leader.  You shouldn’t be surprised when I confess that I have plenty of room for growth before I can rest satisfied that I’m shored up on all fronts.  Honestly, sometimes I wonder how I am where I am positionally and what in the world all the better qualified candidates are currently doing.  I checked in with Moses and the children of Israel yesterday and here’s my big idea from a study of Exodus, chapters 1-5:

Sometimes leaders, fully in the center of God’s will, seem to facilitate a worsening of circumstances for themselves and those called to follow them.

You know the situation with Moses.  Miracle baby delivered into the palace of Pharaoh instead of the bottom of the Nile.  At forty years old he decides to become a crusader and polish off the Egyptian oppressors one bad-guy at a time.  He puts an Egyptian bully six feet under while he thought nobody was looking.  Exposed the next day and wanted for murder, Moses becomes a fugitive and lives the next forty years as an unassuming shepherd in the backside of the desert.  God sets a shrub on fire, sends him to Egypt for a brand new chance at a mission that Moses had long forgotten about.  Cutting to the chase, Moses heads to Egypt, gains an audience with Pharaoh to invoke the name of Yahweh as the authority behind his demand to let the Israelites free.  Pharaoh was unimpressed and makes the following decree concerning the people whom Moses came to liberate:

“You shall no longer give the people straw to make bricks, as in the past; let them go and gather straw for themselves. But the number of bricks that they made in the past you shall impose on them, you shall by no means reduce it, for they are idle…Let heavier work be laid on the men that they may labor at it and pay no regard to lying words.” – Exodus 5:7-9

Yep, under the dynamic leadership of Brother Mo, the people’s situation went from bad to worse.  Their quotas for brick-making were not reduced but their potential to meet those quotas were made significantly harder by a punitive Pharaoh.  Moses threw the rock at the hornets’ nest and the people got stung.  Somebody send this off-the-mark octogenarian back to his flocks in Midian!

Oh yeah, this might be a good time to remember that Moses was doing exactly what God wanted him to do.  The results simply weren’t pleasing. My thought today revolves around the fact that it is sometimes extremely difficult to both lead and follow in the will of God.  My heart breaks for those Jewish slaves who had their hopes raised by this potential redeemer, only to be disheartened when God’s will proved difficult.  Moses’ first meeting with the King Tut wannabee resulted in an already miserable existence for the Hebrews becoming all the more painful.  They expected liberation and received instead suffocation.  Hopes went from the celestial to the subterranean in one day.  Imagine how difficult it would be to place further confidence in Moses.  Who was this guy anyhow – this guy who claimed to be on a mission from God?  Let’s put ourselves in Moses’ sandals also.  He did what God said to do.  He had the authority, the message, the meeting, the mandate…but really awful results.  I wonder if he second-guessed himself?  Maybe he hadn’t heard God right.  Maybe the difficulty revealed that the people had the wrong leader and the leader had the wrong discernment.  Maybe Moses fumbled on the one-yard line when he should have been spiking the ball in the end zone instead.  Maybe somebody missed the will of God altogether.

Or maybe God had the audacity to preempt the awesome sea-splitting, army drowning miracle at the Red Sea with a season of humbling events for both Moses and the children of Israel.

Let all leaders and followers remember together that God doesn’t bow to our formulas.  Some of you are in the midst of exhausting difficulty and you also happen to be right where God wants you.  Some of you follow leaders who are seemingly leading you into murky waters without even offering you a snorkel.  Others of you are leaders whom God has determined to bring to the end of yourselves one obstacle at a time and you are questioning your discernment.  What in the world should we do – we who lead and follow?

Here’s my two cents: leaders keep leading and followers keep following.  Let’s peel off our discipleship diapers, grow up a bit and acknowledge that the supreme purpose of the Almighty is not our personal sense of ease and convenience. The Father’s perfect will for His only Son included betrayal, abandonment, mockery, physical torment, rejection and death.  To paraphrase the write of Hebrews, “You haven’t gone that far in paying the price” (Hebrews 12:4). Followers don’t undermine your leaders and leaders don’t resent those who follow you when they feel ambushed by the challenges into which you’ve led them.  Take the tough questions to God and refrain from assumptions or accusations about each other.  Sometimes there’s a Pharaoh that needs to be brought down and, until that occurs, leaders and followers suffer together…the key word is TOGETHER.

Let’s keep it that way.