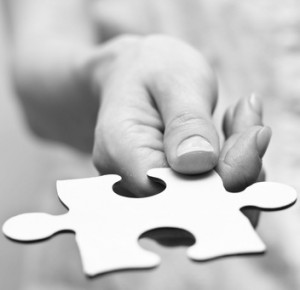 My kids have been great sources of material for my sermons and blogs for years.  It is a questionable pastor who passes up the heaps of illustrations and anecdotes that are provided free of charge to him as he observes his offspring growing up in a world that is larger than their capacity to comprehend. Hey preacher, you go ahead and buy that $30 book of sermon illustrations…I’ll just keep an eye on my second grader and soak it up as he unknowingly dishes out fresh material on a daily basis. Landon gets a bad rap in some of my sermons for being a challenging boy but, truth be known, he is a delight nearly all the time.  The boy certainly has an agenda of his own at all times and he is not hesitant to assert his will as a means to accomplish his goals.  He subtly leads his big sister without her knowing it, turns on the charm with his mother to incorporate her into his plan, and wins over others in the family who are skeptical as to whether or not the lad has ever done wrong (there is a study going on currently to determine if he even has a sin nature).  Oh yes, Landon is seeking to run the show someday and the only thing that occasionally gets in his way is me, his dad.  There is an occasional clash of wills and he is constantly chipping away at mine through his innate adorableness and fluid sense of humor.  Here’s a recent account of how he works it.

Monday evenings usually reveal that the Lyles are one tired bunch of folk, hungover from marathon Sundays at Meadow.  Some of those Mondays just don’t find any of us at the top of our game so we indulge in some ordered-in food at the homestead to counterbalance our weariness with something that always pleases us: Pizza.  If you don’t like pizza you need to be sanctified.  I don’t trust anyone who doesn’t like pizza and please don’t tell me about its degree of unhealthiness.  If pizza means I will get scurvy then I’m still going to eat it.  Rickets? No worries, as long as it comes with my ongoing ability to intake a few slices of thin-crust PMS (pepperoni, mushroom sausage) at least once a month.  But I digress…On one such Monday not too long ago Landon began the every-two-hour-cry of ‘I’m hungry!’ I told Amy that I would phone in some carb-cementing pizza from the local restaurant.  I told Landon of my plan and he did a little jig of excitement for his mother and me.  Because he has little concept of time I quickly added that he would need to wait 30 minutes before the pizza actually arrived.  His dance stopped, his eyes quickly darted between his mother and me, he took in the reality of the dreaded delay of his delicious delight, lifted both hands palms up and said with a smile…

“Thirty minutes?  I can live with that.”

Amy and I were so very pleased to have his permission and as he resumed his little dance which took him out of the room, we broke into laughter.  In his little mind he really thought that his statement of acquiescence was the deciding factor of what would be eaten for supper that night.  Landon, the pizza Gestapo, had declared to all that he approved of the dinner plans for the Lyle family.  How gracious of the freckle-faced little fellow.

So here’s my thought today:  what’s happening in your life that you need to live with? I assume it is much more significant than a 30 minute delay in receiving your next meal.  What is your Heavenly Father arranging that is requiring some humble acceptance on your part?  Sometimes we set our watches ahead of His own and discover that He is not obliged to keep our personal schedule.  I was blessed a few days ago to receive the answer to two years of praying on a particular issue; when I began the prayer for guidance and wisdom over this matter, I just knew that God would show me what to do with a quickness.   A year later the answer was still stuck in prayer-purgatory and I remained clueless as to what God would do.   I understood that I was to continue to ask, seek and knock and that, in time, God would get the glory and I would have my answer.  One year eventually became two, and my confidence was not as strong nor was my resolve to wait as solid.  God graciously removed all my other options so I found myself, not for the first time as a Christian, looking intently to Him while having zero power to bring about the resolution to my need.  The answer finally arrived and, although it was not as I had originally hoped, the two year waiting period solidified in my heart that God had accomplished what was best.  I didn’t get my way and it took a very long time for me to receive the final answer.  God didn’t approve my plan and made me wait upon what was ultimately the opposite of what I asked.  Guess what?

I can live with that.

As we mature in our faith one of the things that repeatedly occurs to us is that we are participating in God’s plan…not vise-versa.  Additionally, I am not doing God any favors when I agree to cooperate with His desired end.  He has the best plan, the right plan, the pinpoint timing and several layers of purpose to be accomplished which we usually don’t realize until we declare ‘I can live with that’.  We are learning that God prefers great depth in us more so than great lengths by us.  He’s never in a hurry, anxious over nothing, willing to let us sweat and squirm, and immaculately faithful to give us wisdom that we never would have received had we not submitted our wills to His.  I encourage you to apply these thoughts to any source of frustration in your life – declare that you can live with it because you know Who is permitting it.  Maybe it is much more severe than frustration…maybe it’s pain.  Your challenge is greater but the calling is still the same: You will trust God in the midst of your distaste for this thing in your life.  You may not love it, but I believe He will empower you to live with it.  The bible commands us more than once to not grow weary, to endure hardness, to discipline ourselves and to fight the good fight of faith.  All of these commands require preparation, resolve and proactivity to accomplish.  This is a great means by which you can honor God in the privacy of your heart and bring Him glory in your public life.  He sees all that is lacking in us every moment of every day.  He doesn’t just live with it – He died for it. Let there be no doubt Who it is that is carrying the greater weight.  What an awesome God.