While I’m away you will be blessed to read guest posts written by Doug Lyle and David Price.  Both of these men have hearts for Christ and a distaste for the staus quo mindset which is found among us in God’s Kingdom.  Check here each day for some soul-nourishment and you will be pleased you did so.  Doug is up first today. – Jeff 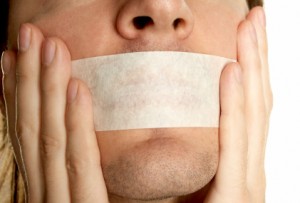 America is at a cross-road.  Come November, when we speak our minds at the polls, we will tell the world who we are and, more significantly, what we intend to be.  November’s election will set the course for America for generations to come and it will reshape our culture.  So, I am convinced that the question facing us today is whether we will be like Edmund Burke’s good men who do nothing or good men who do something.  I don’t pretend to know all that must be done in order for good to prevail in our country.  But this week as I spent time in the book of James, I discovered a powerful place to start.  And it’s something that all of us are fully capable of doing starting immediately.  It requires no training – just a little thought about who and what we want to be.  As James comes to the end of his letter, he begins to cover a bunch of stuff in rapid succession.  One of those things is something that is as essential today as it was when he wrote it.  It’s found in verse 12 of chapter 5.

“Above all, my brothers, do not swear — not by heaven or by earth or by anything else. Let your ‘Yes’ be yes, and your ‘No,’ no, or you will be condemned.”

I was surprised to learn that when James wrote this, swearing was commonplace in Jewish communities.  I guess they were like some people today.  Foul language rolls off their tongues without a thought.   James’ warning about what we say takes us back to chapter 3 where he writes, “With the tongue we praise our Lord and Father, and with it we curse men, who have been made in God’s likeness.  Out of the same mouth come praise and cursing. My brothers, this should not be.”[1] Jesus also had something to say about our words.  After speaking with the Pharisees, he said to the crowd around him, “What goes into a man’s mouth does not make him ‘unclean,’ but what comes out of his mouth, that is what makes him ‘unclean.'”[2]

So it’s fairly clear that what comes out of our mouths matters.  But it goes beyond the mere restraining of foul language.  That’s pretty much a no-brainer.   Your words and mine actually shape the culture we live in and the culture our children and grandchildren inherit from us – and I can prove it!  Just read the Declaration of Independence.  Those 1,137 words created the American culture.  They took what was in the hearts and minds of some very good men and gave it substance.  Their words brought our culture to life.  Had their words remained in their minds, there would be no America as we know it.   We are at a cross-road.  We can follow the downward trend in American discourse or we can use our words to preserve the world we live in.  We can teach our children the importance of their words by how we speak, by what they hear us saying.  We can show co-workers that business runs just fine with a simple “Yes” or “No”.  In short, we can be good men and women who do something.

Let me give you a personal example of how powerful words are.  I spent four years in the Air Force during the Vietnam War.  Swearing in the military is so common, there’s probably a manual on it somewhere.  As a very young man entering that culture, I adapted very quickly to the language.   But when I left the Air Force and returned to my banking career, I quit swearing immediately.  Do you know why?  It wasn’t because I was exceptionally moral back then.  I quit because no one else swore.  They spoke professionally and with a civility that I never saw in the service.   My new co-workers reshaped me by how they spoke.   I think for most of us, not using foul language is a given.  If that’s not the case, however, James gives us the cure:  “Yes” or “No”.  But beyond that basic requirement, he implicitly challenges us to proactively speak good into our culture to counteract the increasing evil that is spoken into it every day.   And we can do this!  It just takes a little thinking about what impact we want to have and then using our words to create it.  It’s very much like the Declaration of Independence; it’s very much like that November vote.

But don’t wait until November – start reshaping things today with what you say because silence is not really golden.  It’s deadly.