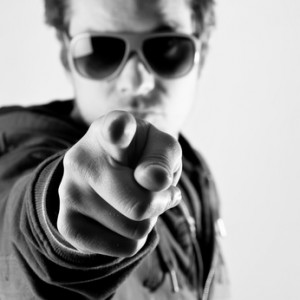 I don’t think a lot about overt legalism among Christians anymore.  Once upon a time, the topic nearly consumed me because I saw it all around me.  As a pastor I worked feverishly to rid my own heart of legalism as I simultaneously sought to lead our church family out from its deep legalistic roots.  I made many mistakes in those days, assuming that all traditionalists were committed legalists and that all legalists were fully aware of their waywardness from the core of the Gospel.  I hurt some people that I would have done better to shepherd. I declared more than I listened and denounced more than I advanced.  I’m grateful to God and to many fellow Christians for the patience I received from Him and them.  I wish I had taken more time to help those who simply didn’t know any differently.  I assumed their hearts to have rebellion when it is likely that many of those hearts were simply misinformed.  In the end, I’m very glad that legalism is no longer a debilitating part of the ministry here at Meadow but, in preparing for my upcoming Sunday message this week, I realized that legalism is fairly relentless and can creep back into our hearts and lives if we don’t remain vigilant.

“And {Jesus} said to them, “Well did Isaiah prophesy of you hypocrites, as it is written, “‘This people honors Me with their lips, but their heart is far from Me; in vain do they worship Me, teaching as doctrines the commandments of men.” – Mark 7:6-7 {ESV}

Legalism, in Christian theology, is a term referring to an over-emphasis on discipline of conduct & outward calls to conformity in order to make oneself acceptable to God. The term usually suggests a charge of misguided rigors, pride, superficiality, the neglect of mercy, and ignorance of the grace of God or emphasizing the letter of law over the Spirit. Legalism is not imaginary and there’s a little of it in most of us.  Legalism thrives in hearts and churches that are aware of the distinction that exists between the spiritual and the natural.  From the words of Christ to the professional legalists of His day (the Pharisees) we find assistance in exposing the seeds of legalism in our own lives.

Where this mess becomes all too apparent is when the legalist encounters someone who doesn’t bow to their whims.  A person who is free from man’s unbiblical spiritual tyranny has learned that they do not make themselves more acceptable to God by prettying up the flesh.  A legalist places much emphasis on the externals and is not happy when he encounters another who is not inclined to abide by his own preferences.  It is a frequent occasion in the Gospels when Jesus is confronted by the Pharisees concerning why He does not validate their traditions and standards.  They were enraged at times because He didn’t join their ranks but, rather, rebuked them for their focus on externals at the expense of spiritual depth and worship.  For me the danger rests in that I don’t act anything like a Pharisee.  I don’t believe people are made acceptable to God by their Do’s & Don’t’s.  I don’t have any desire to control people and make them look, talk and act like me.  I know how to keep my preferences to myself and not legislate my own version of righteousness.  So…I’m exonerated from any charge of being a legalist…aren’t I?

Except I can be proud like a Pharisee.  I can see the “wrongness” of others like a Pharisee. I can size-up moral strugglers like a Pharisee.  I don’t hang out often with flagrant sinners just like Pharisees didn’t.  I can avoid you if you offend me – just like a 1st class Pharisee.  I can smile at you with a plastic, religious countenance if I want to, even as I’m silently judging you according to my own exalted standards.  I can feel comfortable listening to other Pharisees express their pharisaical views while I sit by silently.  Don’t get me wrong – this is not how I am often or easily, but how many times does that little pink animal with the snout and curly tail have to Oink before we conclude it is a pig?  I really don’t wish to say this but I think my hidden prosecutor still needs to be taken out with a mob-hit.

So my point is that God’s truth has pierced me again.  I’m not a grace-graduate.  My inner-Supreme Court Justice still wants to pound the gavel 24/7.  There’s a corrupt little chunk of my soul that thinks it has things all figured out.  So, I’m humbled.  I’m wanting to be quiet.  I’m embarassed because God knows my heart and it’s not as clean as I had hoped from this incessant form of spiritual pride.  I’d tell you to check your own heart for this same thing but I’m afraid I’ll come off sounding like a judgmental Pharisee.  Well, I’ll risk it:  check your own heart for this same gunk.  It’s in there. God knows your heart.  He knows my heart too and I’m squirming a little right now.

Yet God isn’t like me.  He’s not like you.  He doesn’t kick us to the curb when we fall short.  He kneels in grace and offers us His hand.  He’s no legalist.  He’s a Liberator…and I just felt a serious surge of hope as I remembered something essential: The Liberator will never give up on me until the absolute fullness of His freedom is mine.