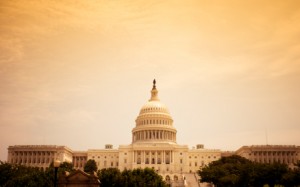 Well, it seems like we will be getting released from being chained to the word IOWA.  Last night the Republican candidates for President of the United States finally learned how their efforts paid off in the nation’s first caucus.  Lots of promises and campaign commitments have been made for over a month there and at 8 PM the doors were shut and the votes were cast in the Hawkeye State.  The candidates all seemed to be convinced that their ideals would better serve this nation than our current President’s values; most of them seemed as genuine in their offers of hope as Barak Obama did this time four years ago.  Americans love us some hopefulness. In the end, Mitt Romney edged out Rick Santorum for the victory.  According to a FoxNews report, Romney won by eight votes.  Eight…votes.  Countless hours invested, copious amounts of physical energy and mental fatigue, hundreds of thousands of words and millions of dollars spent…and Mr. Romney achieved the conquest of convincing eight more people than Mr. Santorum.  American politics…let the games begin.

I really want you to be careful about where you place your hope and what you allow to own your confidence.  Certainly we are intelligent enough to know that Washington D.C. is a pitiful place for us to cast our hope.  Can anything good come from the District of Columbia?  There is plenty of room for improvement there but zero capacity for hope.  ZERO.  Your life’s longings must not be anchored in human ability, promises, intentions or might.  Those men and women are fallible and even the good ones acknowledge that the system in D.C. is wholly fouled-up.  Those national representatives stand in need of locating their own hopes in the proper source.  Your health, liberty, finances, security and prosperity must be defined according to biblical truth, not political platforms.  Personally, I have compassion on the next President because he/she will inherit a big honkin’ hairball of a mess.  It’s nearly pathetic enough for the elect of God to look upon it and say, “Let the day perish on which I was born” {Job 3:3}.

But our hope is tethered to a rock.  THE rock.  The Rock of Ages.

He is your peace.  He is your provider.  He is your counselor.  He is your shepherd.  God is your Father.  God is your defender.  God is your sustainer.  Jesus Christ is your sufficiency.  Jesus Christ is your wisdom.  Jesus Christ is your peace.  The Holy Spirit is your assurance.  The Holy Spirit is your power.  The Holy Spirit is your guarantee.  What is man that we should fear him?  What is life but a vanishing mist?  What is earth but a wilderness to be abandoned for paradise?  You, friend, have been sought, caught, brought and bought!  You have been eternally embraced, comprehensively forgiven, graciously restored, powerfully ransomed and perfectly protected.  Satan cannot get you.  Pain will not own you.  Fear will one day give up on you.  Sin will inevitably bow to you.  Overcomer!  Conqueror! Triumphant in Christ! Victorious for all ages!  Jesus Christ did not come to applaud a nation or help a country or align His glorious self with a political movement.  He won’t endorse the Republicans.  He won’t campaign for the Democrats and He’s never desired to be a registered Libertarian.  As His disciple you must find individual hope in His Person, His promises and His perfect work on your behalf.  You’ve got some choices to make as your mind flickers about looking for somewhere to throw an anchor of security in a tempestuous sea.  Think about where you’re aiming before you give away your confidence to something unworthy of it.

Eight votes? No, don’t look to men and women for any lasting hope…no matter how much you might believe they will improve things.  Look to God.  Trust in Christ.  Discern in the Spirit. The Godhead isn’t looking to improve your situation…He came to overthrow the kingdom of your heart and establish His own Kingdom there.  That’s hope.