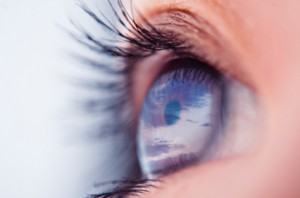 My first surgery occurred before I was in kindergarten.  Born with a shortened muscle in one of my eyes, I had the harmless misfortune of having that one eyeball turn slightly inward toward my nose.  Simply put, I had one crossed eye.  I don’t recall walking around and running into walls or anything, but it was clearly something that had to be repaired, so they cut the muscle and freed up my eye to align itself properly.  Even after that surgery, I have always had issues with my sight.  Classified with myopia, or nearsightedness, I had significant issues with seeing distant objects.  God blessed me thirteen years ago with a tremendous gift from some Christian friends who banded together to provide a form of Lasik surgery which instantly corrected my vision.  My eyeglasses were subsequently donated to a charity and I was able to see clearly for the first time in my life.  Clear vision is a wonderful gift. The man who performed that surgery told me that the positive effects would wear off after ten years. Nearly to the month, ten years later I started struggling to see clearly again. I threw in the towel about two years ago, and now I am back to wearing glasses almost all of the time. Again, clarity of vision is a wonderful gift and today I realize that the Church in America needs some help with this in her spiritual perception.

“…and of the children of Issachar, which were men that had understanding of the times, to know what Israel ought to do.” – 1 Chronricles 12:32 {KJV}

What do you see going on around you these days?  My wife is a little bit of a Middle East voyeur, always scanning the headlines to see what’s happening between Israel and the rest of the world.  She’s wise enough to know that the Middle East is the epicenter of end time events and that the apocalyptic fulfillment of biblical prophecy will be preceded by political tremors from that region.  Along with her and many others, we understand the times and see that something dramatic is clearly brewing in our world.  In the religious arena, Islam is spreading and has a stranglehold on foolish people in Europe and America who are intimidated through political correctness, failing to sound the alarm about the radical element of Muslims who will not seek anything other than worldwide enforcement of Sharia law.  Coupled with the aggression of Islam is the apostasy of Christianity which is seen most clearly in the anemic, hollow representation in the American church.  Trying my best to keep it positive, folks…but there is no lasting benefit in pretending things are fine when they are clearly changing.  I’d rather risk aggravating you with the uncomfortable truth than attempt to comfort you with a lie.

The Sons Of Issachar mentioned above were men granted the ability by God to discern the times in which they lived.  Additionally, they didn’t stand around to shallowly chat about the times but saw clearly what to do.  Men with vision and men of action – a rare breed in every generation.  For those whom God has graced to see clearly what is happening in the world today there must be a willingness to act.  I’m rather confident that my little life will not stem the tide of impending eruptions in the Middle East, but I should not let my limitations become impossibilities in my mind.  You and I may never become world-changers, but this is not to say that we cannot be included in the process of preservation or even restoration of some of the parts which comprise the whole.  My personal arena is not politics so I don’t invest great time and effort in those endeavors.  My past would prevent me from ever being a candidate for office which could escape the vetting process unscathed.  I don’t have a closet full of skeletons  – I have a whole barn filled with them so political office is neither my desire or my potential. God made me, called me, saved me and sent me to discern what is happening in the American church and this is where I exert most of my energies.  I humbly declare that I intend to leave this world having made a difference among the professing church in America.  I am called to be one of many Reformers whom God is raising up to send forth as forerunners before the King returns to this planet. He is getting His bride ready through the undiluted communication of Kingdom truth and a repetitive call to repentance from dead religion. By His grace, I am discerning the times and being shown by Him what to do.  I’m unable to put my hands in everything, but I will never buy into the lie that I can achieve nothing.  It is my conviction that I can do something with the rest of my life.

Where is your own personal ripple heading?  Whether great or small, there is something that your eyes see clearly, and God is showing you these things for a reason.  He has not appointed you to merely bark from the sidelines about how things “ought to be”.  Most anyone can point out what is wrong.  The Sons of Issachar saw what the deal was and they got involved.  Whether it is politics, church-life, social justice, health and care-giving endeavors, funding of humanitarian projects or one-to-one investment in the lives of others…what are you doing with what you see?  John Piper wrote a tremendous book called “Don’t Waste Your Life” in which he writes, “The wasted life is the life without this passion.”  I could not agree more with the man’s wisdom.

Don’t wait on some sign to open up in the heavens to show you your reason for being here.  God has likely given you the appropriate passion to pinpoint your purpose.  I promote the truth that God is gracious enough to give those who delight in Him the desires within their own hearts {Psalm 37:4}.  It is not that He merely gives you what you desire, but that He places the actual desires themselves within you.  Don’t miss this: your passion, God-lover, may be the manifestation of what He has ordained for your purpose.  Pay attention to it.  Look at what is going on around you.  Patiently seek Him to see where your purpose and the need of the hour might intersect. It is here where amazing things occur for those who discern the times and know what to do.

You don’t have to waste your life.  Make it a lasting investment so that someone is benefitted by your echo once you’ve moved on from here.