Leadership: Where The Chips Fall 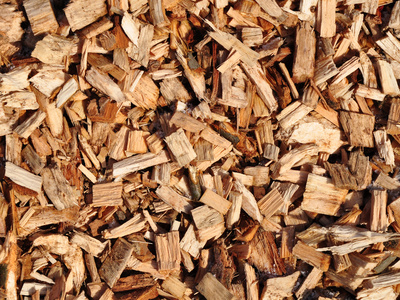 There is a wrong way to do the right thing.  How many times must we learn that God seeks to leads us from “the what” into “the how” of the what.  The Almighty is not a celestial pragmatist that merely scans to see if an objective is being accomplished by His servant.  He is a Father who has attached His own name to His servant and, consequently, he cares much about how His objectives are accomplished.

Moses was the point-man for a congregation of complainers.  I would not have survived long as the leader of that group of folks – the vast majority of people that I shepherd are a blessing to lead.  The Israelites weren’t skilled at much when they made their exodus from Egypt but they were unparalleled in the art of murmuring.  Moses was an old man in his eighties and leading forth God’s chosen people in the deliverance of a lifetime from the chains of four centuries of generational enslavement.  Miracles had been performed by Moses. God had anointed him and powerfully used His man.  Pharaoh had been made into a humiliated, defeated memory of the past.  God had split the sea and led His people across into safety, all while utilizing Moses as His primary tool.

But the people had forgotten about that.  They were tired of sand and sun.  The journey was wearying them.  They missed the home-cooked delicacies of Egypt.  Moses was old news and they had hoped that maybe Aaron and Miriam would bring some refreshment to the leadership team.  God placed an emphatic NO on that desire and established Moses as their continued front-runner.  Now they were low on drinking water and they seemingly could take no more of the dryness.  Complaints poured forth.  Accusations landed at the sandals of Moses until the old man could take no more as he flung himself down before God and prayed in desperation.  His Lord answered him by telling Moses to go down before the rock of Meribah and speak to it.  God said that it would pour out sufficient water for all the people as Moses would command it to come forth by the power of his voice:

“Then Moses and Aaron gathered the assembly together before the rock, and he said to them, “Hear now, you rebels: shall we bring water for you out of this rock?”  And Moses lifted up his hand and struck the rock with his staff twice, and water came out abundantly, and the congregation drank, and their livestock.” – Numbers 20:10-11 {ESV}

Bad move, Moe, really bad move.  We might say, “Why was it a bad move?  The rock provided the water, didn’t it?  Their complaining ceased, right?  The end result was that the thirst of a nation was quenched, right?” Oh yes, the people got what they wanted but the leader lost what he wanted.  You see, God cared so much about the obedience of Moses that he refused to allow the leader’s frustrated smiting of the rock go unpunished.  God had said speak to the rock.  Moses spoke to the people and struck the rock.  So God then spoke to Moses and said, “Because you did not believe in Me, to uphold Me as holy in the eyes of the people of Israel, therefore you shall not bring this assembly into the land that I have given them.” {Numbers 20:12-13}.  Did you catch that?  Moses just got shot-blocked from entering Canaan’s promised territory.

Moses had his privileges removed.  He would never be allowed to enter into the Promised Land.  He gave the people what they wanted and paid the price because, in doing so, Moses denied the Lord what He wanted.  This likely sounds unreasonable to some but please know that God was not simply seeking to work through Moses but also in him.  When God tells a man to speak to rock then He means for that man to use his lips and vocal cords, not his hands and his smiting staff.  Moses committed the cardinal sin of leadership: He did the work of God in the flesh.  Amazingly, the people got what they needed through the disobedient leadership of Moses – this is grace from God.  The heartbreak however is that Moses lost his reward.  Moses produced results and we should note that pragmatism often brings results.  Flesh produces visible outcomes.  People can drink from the ministry of those who disobey.  But the disobedient leaders cannot drink from that ministry built upon their own disobedience.  They remain thirsty.  They live with regret. They wish that they had obeyed God and spoken to the Rock instead of listening to the rabble.

Today I write as a leader who seeks to please his God.  I’ve failed more times than I could ever count.  I’ve learned to move forward.  It is quite certain that I will fail God again, probably many times.  Yet here is one failure that I hope I never, ever commit again:  allowing my frustrations with people or fears of people to serve as an excuse to disobey the voice of God. May God grant me the staying power not to budge from what He leads me in.  May I never smite the rock if He has told me to merely speak to it.  Let me never seek to take the easiest path nor shrink back from obeying the hardest way.  Pragmatism and results-orientation constantly tempt leaders to dismiss the voice of God in the little things. God doesn’t speak little things. May I never become one of whom it is said, “He bowed to the whims of people when he should have bowed to the will of God.”  May results never become my Master. Moses lost the experience of seeing his full inheritance on earth.  Let us never act in a way that we hazard the same outcome for our own lives.

Obey God and let the chips fall where they may.