Deborah Samples – When Wisdom Has To Wait

We live in a world and amongst a generation of people who are so blind to spiritual wisdom that, when they encounter it, they view it as foolishness. I’m not seeking to be edgy today, just real. Tomorrow I’m officiating in a service where the godliest woman I’ve ever known will be memorialized and later buried. Only a few esteemed her as highly as she was worth while she was with us, 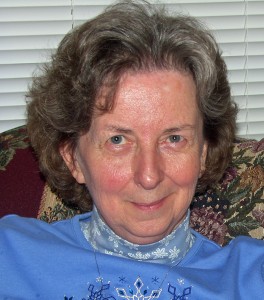 and the world at large didn’t notice her life and therefore will not be impacted by her death.  All things will continue as they have been upon this big old blue planet even though one of its finest inhabitants has moved upward to glory.  Most people would never have known that they were in the presence of greatness when she was near. The very fact that she was godly resulted in her also being humble and self-denying. No, Deborah Samples didn’t have a press agent or a marketing team to make everyone aware she was special. If anything would ever be said on her behalf it would have to be spoken by another and, in the end of the age, by her King. She was quiet, wise, loving, faithful, kind and beautiful. Sometimes wisdom has to wait to be seen as wise.  Another one -a very wise one- King Solomon, spoke to the delayed honor of those who are spiritually wise and honorable when he wrote,

“Better is the end of a thing than its beginning, and the patient in spirit is better than the proud in spirit.” – Ecclesiastes 7:8

We don’t really perceive things clearly as they begin. Our comprehension is more valid when we have watched a thing run its full course. Solomon challenges us more than once in Ecclesiastes to take our time when making up our mind about a thing. Who among us has not seen a person begin well and draw from us assured conclusions that they will be great some day? Then, as time passes, our certainty proves to have been too hasty as they fall. Contrariwise, others have appeared before us and we hardly raise an eyebrow in noticing them. They do not appear great or promising or worthy of our emulation. Years pass and they stand before us again as a brilliant diamond relieved from the rough. We predicted their dullness and God made them to shine.  Solomon says that we should be patient and not proud in drawing our conclusions. Don’t make up your mind about important things – especially people – hastily. Our discernment is better in the end than at the beginning.

Deborah Samples went unnoticed by many. I would venture that when the age is complete and all the redeemed will stand in glory before Christ, Deborah Samples will receive more reward from her King than this preacher who writes of her today. I’m not being humble, I’m being honest. Her reward was delayed and most of it not found on earth. This very day she is smiling with a glorified countenance, running in a glorified body and praising Her Saving Shepherd with the purest of lips.

Solomon said, “Better is the end of a thing than it’s beginning…”. I hear the voice of my mother in law saying, “It sure is. Tell ’em again, Solomon. Amen.”