Branding Instead Of Beauty 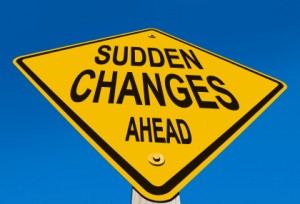 I’m writing as a patriot today.  Further still, a Christian patriot.  I am a man who loves God and loves the freedoms He has entrusted to me by virtue of being a citizen of this nation.  Compelled to fully disclose, I no longer say that I love what America is all about because the roots are completely invisible and all we see is the fruit hanging on the branches.  The fruit is rotting before our eyes on branches that are sagging.  Pessimistic? I really don’t think so.  Before my very eyes is unfolding the rapid decline and demise of what has historically served as evidence of America’s greatness.  Liberty, valor, faith, morality, honor and sacrifice once identified our republic as the rest of the world stopped, took inventory, aspired to emulate us and gratefully received our help.  Things have changed and, admittedly, part of it is due to our arrogance in assuming that once was would always be.  We have entered an era wherein American arrogance will be no more.

More than 2,700 years in the past Isaiah was warning his own privileged countrymen that they had crossed an invisible line from which they would not return.  In his words above he highlighted the devastating exchange that would be occurring in Israel.  The once perfumed, lavishly adorned and beautiful people would lose what they had taken for granted and be forced to receive rottenness, baldness and mourning.  What grasps me most of the prophet’s ancient words is the phrase “branding instead of beauty”.

They would forfeit the favor they had long enjoyed and receive in its place the branding of slavery.

What I see today is a nation that has lost its way.  It seems that the majority of us would consider it wise to exchange the beauty of our liberty for the security of being enslaved to a government.  Our two presidential candidates will wrangle publicly with words in tomorrow evening’s debates and, if you listen closely, one will offer a semblance of hope for the possibility of freedom while the other has clearly concluded that we are no more worthy enough to remain a liberated people.  He believes that we need government’s branding on our lives and promises security to those who take its mark.  Candidly, I’m not a great fan of Mitt Romney but he is all that I have left after concluding that President Obama’s second term would be the political equivalent of a mushroom cloud for this country in which I’m raising my children.  I’m a rational individual, unmotivated by race (I voted for Alan Keyes in the Republican primary over George W. in 2000), eager and willing to follow capable leadership and…utterly incapable to find a solitary lucid reason why anyone who treasures their personal liberty would ever cast a vote for the presidential incumbent.  My fear is that enough Americans will actually do so and that, as a result, we will certainly come to regret that we have reaped nationally what we have sown foolishly.

I’m exercising my freedom of speech today while that right is still protected:  President Obama has been a disaster and only willful blindness would cause one to conclude otherwise.  I’m convinced that the President despises what has foundationally made America a world superpower and that he has had from Day 1 a desire to “equalize” things by endeavoring to weaken us while strengthening others.  Should he win the election next month I am confident that it will not take long before we see him truly unmasked as he will begin to aggressively pursue the remainder of his agenda.  He will then be in his last days of power and will seek to make full use of them in ways that will stun the American populace.  His own supporters will, within his first year of his second term, deeply regret their vote for him.  Like a drunken husband, void of soul, would pimp out his wife to his enemies, he will take the beauty of the trusting American people and sell out our freedom to those who despise us.  I am convinced that he cares nothing for us beyond his need to utilize us to fulfill the dreams of his father.  Watch and see.  Shout me down if I prove to be wrong.    Hope and change?  Whose hope?  Change for what purpose? We need to be asking these questions because, I promise you, he knows exactly what he is trying to do.  Call me into severe account if this man turns out to be the savior of our nation because I predict that he will be the point-man of our perdition.

Do you smell that?  Do you hear that hiss? That’s the sound of hot iron branding us.  The brand reads: GOVERNMENT OWNED.  Say hello to our branding.  Say goodbye to our beauty.