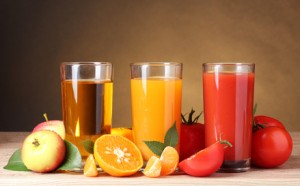 One night about 5 years ago I was preparing my son for bedtime.  We enjoyed our nightly ritual of him breaking down in tears when he hears me say ‘Time for night-night”. His face in those moments was the same as an investor who just heard that the market completely crashed the day after he rolled the dice and bought high.  Head tilted back, eyes squinted tight like a vise-grip and a tormeted groan signalling defeat, Landon would then hide from me behind anything he could get his hands on to escape capture; if there was nothing to hide behind, he would cover his eyes in the desperate yet sincere hope that, if he couldn’t see me, then I surely wouldn’t be able to see him.  That night I could see him clearly and so I scooped him up while he groaned in agonized anticipation that he would be forced to part with the remains of the day.  At that juncture in his childhood development, Landon still had not accepted potty training as a reality in life so I had to put a fresh diaper upon him…at least I attempted to do so.  My job was to get the diaper over each foot and pull it up each leg to where it fit snugly around his little waist.  His job, apparently, was to wave his legs around continuously as he screeched, ‘I’m flying away, I’m flying away.’ Years later we have yet to discover the source of that mindless game he loved to play when I sought to adorn him with Huggies.  I think his Grandanny taught it to him and told him that he should only play this game with his daddy at bedtime when all daddy’s energy was gone.  After he was diapered and clothed for bed he would usually demand a beverage to sip on as he fell asleep.  It was at this point on one particular night that I decided to plant a few seeds of knowledge into his developing mind.  I thought it prudent to teach him so truths of correlation concerning the botanical world and how we get juices from fruits and vegetables.  I remember vividly that the conversation went like this:

Jeff:  Where do tomatoes come from?

Jeff:  Okay then, apple juice it is.  But first you have to tell me where apple juice comes from.

I surrendered the dialogue and chalked up a victory to the then three year old.  He got his cup of apple juice, I got a good laugh, and we both got a good night of rest.  I love that boy and his comedic skills still cause us to roll our eyes as we ponder what his future might hold.  I assume it will be some form of running his mouth.

I find myself in these days mimicking my son in that I’m also thirsty.  Specifically, I am thirsting for God’s best for my life, my family and the ministry given to us.  I occasionally overcomplicate things and am learning a little late in the game how much I need some times of refreshing input from others to simplify the merry-go-round of thoughts in my brain.  For this reason I’ll be at a conference today as I was most of yesterday to soak in some sound teaching concerning how to more effectively serve people.  In short, I want to do what I do each day on a greater level of purpose and enjoyment.  It’s okay to like it, even to love it…but I want to excel at it which means I need to be stretched in my role.  Additionally, We have a huge election coming up in a week and I’m going to predict that we won’t know who our next president is by the end of the day next Tuesday.  I’m actually sensing that something afoot is brewing and that we might see some severe contesting of the outcome of the election.  My mind is made up on my candidate of choice and most of you have also settled the issue for yourselves.  No matter the outcome, it has become clear that we are, more than ever, the Divided States of America.  I trust that your ultimate confidence is not upon either candidate nor what they may bring to the most powerful office in the land.  I recommend that we spend some time quietly considering what America may look like if God allows us to abide for another 10-15 years.  When I do so, my flesh trembles even while my soul remains at rest.  My joyful conclusion is that of the ancient man, Job, who once said to God, “I know that You can do all things,and that no purpose of Yours can be thwarted.” (Job 42:2).  His sovereignty is my cocoon, nothing is going to catch Him napping.

Yes the future appears uncertain but it is, more specifically, simply unrevealed.  It all depends on where we are looking for our sense of certainty.  Trusting your great King can be, for the disciplined heart, like drinking apple juice from a cup.  God fills the cup, hands it to us, and says, ‘Be refreshed and sleep well through the night.’

Thank you, Father.  I think I will.