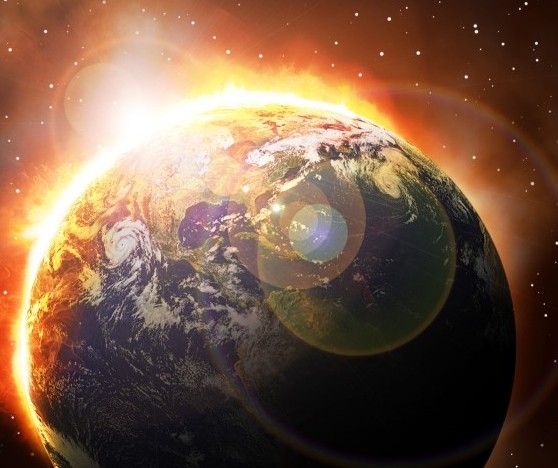 The world didn’t end this morning and if you are reading after the end of 12/21/12 then you can breathe a sigh of relief that the Mayans got it all wrong and the Scriptures still hold true.  The world hasn’t ended but one day it will.  Here is a concise look at what I believe Scripture teaches about what is on the way for planet earth. Though what is written below is not original with or unique to me, I believe it is worthy of everyone’s consideration as we move closer toward the dawn of the next age.

The Rapture. Yes, I still hold to this teaching as I believe it is the best conclusion based on a literal and conservative interpretation of biblical prophecy. Many of my friends and peers in ministry disagree with me but this is not a litmus test for our fellowship in the Lord.  The Rapture of the living saints from earth is the first phase of what is commonly called the Second Coming. To the Christian who truly loves Jesus, the sudden appearance of Christ in the air will hold no fear, dread, or disappointment. This event is the blessed hope Paul mentions in Titus 2:13. At this time, Christ comes and snatches away His church without actually setting foot on the earth. The rapture of the saints is best described in 1 Thessalonians 4:16,17, and 1 Corinthians 15:51,52.  There is a day when multiple thousands (perhaps millions?) of people will disappear from earth in an instant.  When this occurs, those left behind should be assured that Christ has come and claimed His bride.

The Tribulation. With the saints removed from the earth, a time of suffering will come upon the whole world. This suffering will not be incidental but purposeful from God Himself as long-withheld judgment finds the world.  The Tribulation is a period of 7 years, the “70th week” of Daniel (Daniel 9:27). The last half of the Tribulation period is called the Great Tribulation. Pre-Tribulation proponents hold that the Rapture will occur before the beginning of Daniel’s 70th week. Mid-Tribulation proponents believe the Rapture will occur in the middle of the 70th week, or before the Great Tribulation. Post-Tribulation proponents teach that the Rapture will occur at the end of the 70th week, or when Christ comes to set up His eternal Kingdom. My personal belief is that pre-tribulation view is more accurate than the others. This view best satisfies the biblical teaching that the Rapture is always imminent–it could happen at any time and will have no immediate warning or announcement (Matthew 24:42-44; Mark 13:33-37). One must always be prepared and Christians who have this hope in themselves will live lives of expectant holiness (1 John 3:3).  The first half of these 7 years will probably be a time of prosperity, promises of world-wide peace and acceptance of the individual referred to as the Antichrist as the great deliverer from economic chaos. But the last half of the period will witness the plagues described in Revelation 15:1-16:21. There has been much speculation on the identity of the Antichrist, with many world leaders being named for the questionable “honor.”  We should not speculate upon who the Antichrist might be, as we really have no clue.  My assumption is that he will arise quickly from obscurity into world-wide infamy.

The Second Coming. This event is different from the Rapture referred to above. The second coming of Christ is the visible, bodily appearance of Christ as He returns to the earth from which He ascended back to heaven after His resurrection. After the marriage between the raptured saints and the Lamb in heaven (while the Tribulation continues on earth), Christ, the Groom, goes forth to claim all of His kingdom. He returns to earth with His saints (the Church) and will establish a global dominion (Revelation 19:11,14). It will be a glorious sight of great wonder and majesty as Christ descends with His followers to reclaim that which Satan has temporarily exercised power over. The ensuing conflict between the King of righteousness and the realm of darkness is called the Battle of Armageddon (Revelation 16). At the conclusion of the battle, a defeated Satan is bound and cast into the bottomless pit for 1,000 years (Revelation 20).

The Millennium. With Satan’s influence removed from the earth and Christ’s reign of righteousness unopposed, the Millennium will be a time of unsurpassed glory and perfect relationships. References to this future time of perfection are found throughout Scripture (Isaiah 2, 11, 12, 32, 35, 60, and 65; Zechariah 14).  It is this Kingdom that the Jews expected their Messiah to set up but rejected Jesus because He did not come in this manner at His first advent.  He will fulfill all of these prophecies of the reigning King when He comes again.  If there is no reign on earth by Israel’s Messiah then God’s covenants would be unfulfilled, resulting in Him being untrue and, consequently, not God.  These things must come to pass as promised.

I believe that the Millennium will last a literal 1,000 years (I hear the sighing of many of my Amillennial friends as they read those words 🙂 ). At the end of the millennium, Satan will be released for “a little season” to test the love, faith, and loyalty of those individuals born during the Millennium and therefore still untested as to their choice between right and wrong. Satan’s release will reveal whether people in the millennium have obeyed Jesus out of love or fear.  Those who obeyed out of fear will ultimately side with Satan and his final rebellion as he makes war against Christ and His followers. The rebellion of Satan and those who choose to follow him will be short-lived. Fire will come down from heaven and devour the opposition. Satan will then be permanently cast into the lake of fire (Revelation 20).

The Great White Throne Judgment. After the judgment fire physically destroys those deceived by Satan at the end of the Millennium, all the wicked who have ever lived on the face of the earth will be dead. Then will follow the resurrection of the wicked dead to stand before the Judge “from whose face the earth and the heaven fled away” (Revelation 20:11). Books are opened and the wicked are judged according to their works. Then, like Satan, they will be sentenced to the lake of fire to be tormented day and night forever – highly unpleasant but undeniably promised. This is the single most devastating scene in the entire Bible and this motivates us to reach out to the unbelieving and help them escape the destiny of those who do not submit to the Lordship of Jesus Christ.  The Gospel is their only hope and God will use its proclamation to save those who believe.

The Holy City. Revelation 21 begins with John’s view of new heavens, a new earth, and the holy city (the new Jerusalem that comes down from God out of the new heavens to rest on the new earth). Peter tells us, “But the day of the Lord will come like a thief, and then the heavens will pass away with a roar, and the heavenly bodies will be burned up and dissolved, and the earth and the works that are done on it will be exposed.” (2 Peter 3:10), thus making way for the new heavens and earth. The glorious description of this city is found in Revelation 21 and 22. Whether symbolic or real, the description introduces us to the excitement and magnificence of eternity. Jesus Christ, The Lord God Omnipotent, finally claims the full victory He purchased at Calvary.

A Closing Thought: If it were skeptics who raise question about the certainty of the Lord’s return for His own (cf. 2 Peter 3:3,4), it would be bad enough. But for the Church of Jesus Christ to become lethargic and careless because the long-promised chain of end-time events has not yet begun is unconscionable. We must share a clear message that Jesus is coming soon, and we will preach that message without apology, no matter how long the Lord delays His coming. We must never forget Peter’s two explanations for what may seem like a long delay in the fulfillment of divine prophecy. First, God measures time differently than man does. “With the Lord a day is like a thousand years, and a thousand years are like a day” (2 Peter 3:8). Then we are told that God’s delay gives opportunity for more to come to repentance through His patience (2 Peter 3:9). Love compels us to redeem the time and live our lives as message-carriers to any who will believe.

Today’s post is not an indisputable statement on what lies ahead nor is anything I’ve shared original with me.  Most of us were taught one vein of prophecy interpretation and I have tweaked my views over the years but been left with the same fundamental conclusions concerning what lies ahead.  My aim has been to bring together the many biblical references to end-time events while keeping the focus on Jesus Christ and His mission to seek and save the lost (Mark 10:45). We may not agree on the details but, if you are a follower of Jesus Christ, we agree that we will not be satisfied until He rules with all things under His dominion.

“He which testifieth these things saith, Surely I come quickly. Amen. Even so, come, Lord Jesus.” – Revelation 22:20 {KJV}