The Thing We Need But Rarely Wish For 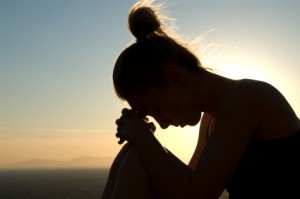 What humbles you? Scripture points us to the conclusion that humility is an essential part of the life which brings God glory as it esteems others more essential than itself.  Certainly we are to humble ourselves as Scripture commands (Ex. 10:4, 1 Peter 5:6, James 4:10) but, if you are anything like me, God has to ensure that the job gets completed whether you want to cooperate or not.  Know this: God orchestrates circumstances that serve to bring us low.  Our minds become dizzy if we always live in the heights and we won’t have a true perspective.  Occasionally we have to breathe in the dust to remind us that, apart from Him, that’s all we really are.  Dust. Humility was an attribute of Jesus Christ when He walked on earth even while having omnipotence in His arsenal.  He had all power, all authority, all wisdom, all righteousness…and He never used these things for selfish purposes.  Jesus is the Almighty who modeled humility.

Job was the most righteous man of his day and God let his life fall apart as the means to better Job at his story’s end.  King David sought to genuinely serve the paranoid and murderous King Saul but Saul wanted only to kill David in return.  Hannah, that righteous lady of old, had a barren womb and was humiliated by her husband’s second wife to the point of breaking Hannah in desperation.  Jacob walked with a limp, Mephibosheth couldn’t walk at all, Peter sank in the sea while wanting to walk on the waves.  Jeremiah was a holy prophet and they threw him in prison because they hated his message.  John the baptizer also was thrown in jail for confronting the sin of his day – he was ultimately beheaded as a reward for doing right.  Old Testament Joseph spent decades living in his integrity and he endured betrayal, accusation and abandonment.  We cannot fail to mention the Apostle Paul’s “thorn in the flesh” which so grieved him that he begged God repeatedly to take it away; yet Paul was only to hear the Lord declare that He would leave things as they were but supply grace to endure.

Then there is Jesus.  Jesus Christ.  Jesus Christ the Lord. What did He receive? Thirty years in obscurity.  Three years of rejection, ridicule, betrayal, abandonment, incarceration, beating, humiliation, spikes in hands and feet, thorns burrowed in His head and the wrath of the Father poured out upon Him as God punished our sin in Christ.  Yes, even the Son of God was to be humbled.  He humbled Himself and became obedient unto death. Death on a criminal’s cross of all things.

It is clear to me that God’s plan is to continually humble me.  I’m too inflated.  Too much swelling of the soul exists in me.  The same is true of you, no matter who you are. Pride bloats and mars those who were created to live as the image of God.  Your pain brings you to the end of you and only there will you find the sufficiency of Christ.  Just when you think the process is over, God engages you again…and again…and yet again.

When does this humbling end?  It terminates in the precise nanosecond when there is no trace of sin left in us.  That happens when you see Jesus Christ because you will see Him as He truly is (1 John 3:2).  The unobstructed view of His glorious self will be the agent which purges you from sin forever.  Nothing short of being in the actual presence of Christ will rid you of your need for further humbling.  There is no humbling in Heaven because there is no need for it.  By then the humbled will have been exalted to the fullest.  Perfection need not be brought low for betterment.  We will then be grateful, ecstatic, overwhelmed and glorified…but we will never again need to be humbled.  It is only then and there that no further need for bringing you low will exist because you will have reached the end of you once and for all.

Then it will be able to become all about Him with no hindrance or obstruction.  That’s the glorious, echoing theme of eternity: “Not to us, O Lord, not to us, but to your name give glory…” – Psalm 115:1