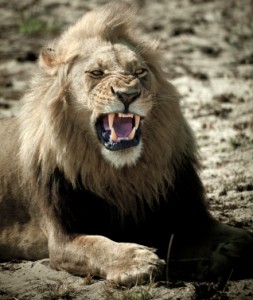 It was time for a sabbatical.  For the better part of six months I had been battling ministry challenges and was arising daily to find myself beleaguered and struggling in my fight to serve with joy.  Biting the bullet, I cleared my schedule for a week in August of 2009 and headed for the countryside of North Carolina.  It was just me, my iPod, my bible and three books that made the trip to a little lodge tucked away in those beautiful hills.  God was leading me to engage in reading and praying so that I might have wisdom for the final push of the battles I was fighting back home.  Toward the end of the week I had planned a day of fasting as I knew I would be going back the following Sunday and overseeing some rather difficult issues within the church where I serve.  Before the fast, I thought it would be good to enjoy a nice meal on an outside deck of one of the local restaurants.

That’s when I encountered a temptation that had not found me in the fifteen years that I had been saved at that time.  Looking back, I realize that my enemy was seeking to destroy.

The sun was bright that afternoon as I sat anonymously on the pretty deck enjoying the rare late-summer breeze.  The smells from the kitchen acted as a natural sedative and I found myself very relaxed and extremely content to be “away from it all”.  I was alone at my little table but there were other tables surrounding me full of people chatting, reading, eating…and drinking.  I remember noting that the cold beers in tall glasses looked extremely thirst-quenching on that August day.  Margaritas and Pina Coladas seemed to promise an extra level of rest and relaxation.  I found myself glancing at the menu (just out of curiosity I told myself) to see what types of potent portables they sold.  In an undefined moment I realized that my heart was giving way to doing something that I’d not considered in fifteen years.  I was wanting a drink.  I was seeking to justify why it would be good for me.  It was not prohibited explicitly in Scripture.  Nobody knew me up there so I would not risk setting a bad example as a pastor.  Soon, I was looking for my waiter, eager to place an order.

For some of you what I’m writing seems a little over-dramatized.  I’d like to explain that alcohol dominated my life from age fourteen to age twenty-four.  Alcoholism runs in my family and it was a mighty tool of enslavement which crippled me as a teenager and young adult.  When I received Christ at age twenty-four I was brought forth from a decade-long binge of alcohol, drugs and immorality that had left me, at times, suicidal and impossibly empty.  So there I was, sitting on that sunny deck of that pretty restaurant giving into some unseen seduction of my will as I contemplated rekindling a fire that had previously turned my life into ashes.  I was flirting with an old flame that had done nothing but abuse me in a stage of my life from which Jesus Christ had delivered me.  I was being tempted in a way that had not occurred prior to that day and has not again since.

Temptation never announces when it’s coming.  It never requests permission in advance and it prefers a quick pounce sometimes over the slow slide.  You can be on a spiritual retreat in the foothills of the Carolinas, toting your bible and tucked away from persistent pressure, and yet still find yourself being enticed into trespassing.  It should amaze us that the first temptation and sin that ever occurred on earth took place in a garden paradise wherein people commenced daily with God.  The serpent cared nothing for Adam and Eve’s open-ended vacation with God…he invited himself to the celebration to ruin it.  The enemy saw an open door, deceived his victims and seduced them away from God and into their shame.  His mission was accomplished that day and it would be another 4,000 years before earth witnessed God’s remedy to Satan’s destruction.  Calvary’s cross provided payment for the sin…but the tempter has not retired.  Not in my life.  Not in yours.

I saw the waiter, flagged him down and placed my order.  In a few moments my meal arrived and I enjoyed a tasty Mexican lunch on that sunny deck that day.  A few moments prior to ordering I had picked up my cell phone and called a brother in Christ, seemingly just to chat.  In all actuality I called him as a distraction from the powerful battle going on in my will.  I heard his voice and immediately reconnected with who I was and remembered who God had made to be in Christ.  The temptation had been so strong that I was not aware of the danger I had faced until I hung up with him, hearing him say that he was praying for me while I was away. I never spoke of what I was dealing with in that moment and he offered no counsel, just simple small talk.  I just needed to hear a voice that brought me back to who I was and far away from what I had once been.  The moment had been powerful and I wiped away small tears running down my cheeks just prior to the waiter bringing my enchiladas and rice.  Everything tasted great and it was more than a physical pleasure to wash down that food with my drink…a cold glass of ice water.  A perfect beverage for a man who has been set free.

“Be sober-minded; be watchful. Your adversary the devil prowls around like a roaring lion, seeking someone to devour.” – 1 Peter 5:8