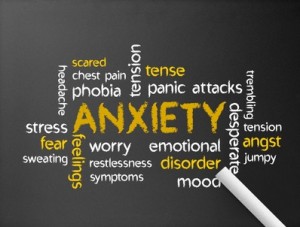 Do you welcome God to address the weaknesses within you?  No sense in pretending that you don’t have any because you know that they are there.  We try to pile up all of our strengths on top of them so as not to notice…but our weaknesses ooze out the bottom of the pile.  They will not be hidden for long.  It is unfortunate but Christians are often the most susceptible to the temptation to feign constant strength and minimal weakness.  I chuckle at that because the primary prerequisite for even becoming a Christian is to admit personal spiritual defeat as you confess your helplessness to save yourself.  Somehow it would seem that, after that initial confession of need, we wrongly believe we are to have it all together.  I like what the Psalmist said:

Sometimes it helps others for us to be precise and clear about our struggles.  A general admission of weakness may only result in others saying, “That’s good and well but I’m sure that your struggles are not as pathetic as my own.” We assume at times that we are a special-case situation and that it is unlikely that anyone else is as messed up as we are.  Nearly fifteen years of counseling others has convinced me that everybody is messed up.  I count myself among them.  I not only am willing to confess that I have some weaknesses, I’m willing to spotlight one of them today which has been a determined target of my gracious God as He works deeper remedy to my need.

I struggle with fear. Quite often, actually.

Pressures, demands, deadlines, duties, responsibilities, commitments…I used to really enjoy the frenetic pace.  For a long time I found myself able to match the intensity of what was going in life.  It felt really good and each day brought a strong sense of value and accomplishment.  One day I awakened to realize that all of the demands were increasing but my capacity to meet them was not.  Every recalculation and adjustment that I was sure would work ended up being ineffective.  Eventually I found myself dreading the new day a couple of times a week because I was deeply struggling on both the outside and inside.  Along the way my “Midas-touch” morphed into a manure touch and pressures became problems and problems became poison.  Sometimes it was ministry issues where decisions had to be made and I had no answers.  Other days it was a strong sense of guilt for not being the husband and father I knew I should be.  In extreme moments I was accused and maligned by those I was serving in ways that cut me deeply.  Finally, convinced that nobody else was looking out for me, I added a new duty to my already impossible-to-mange list:  protect Jeff at all costs because the darts were continuing to fly my way.  It was in those days that I welcomed Fear into my life.  What I didn’t know was that Fear did not come to stay as a guest but desired to rule the roost completely.  Everything began to change in those days and, although life was manageable and most often enjoyable, I forfeited my inner peace and rest as I was always waiting for the next explosion to find me.  That, my friends, is a lousy way for someone to live.  Fear had kicked faith in the teeth.

Maybe your issue is not fear yet, for many, fear is exactly the issue that they are wrestling with.  A miserable economy that is forecasted to get worse.  Sickness that won’t go away.  A renegade child that simply won’t listen anymore.  A spouse with Alzheimer’s or cancer.  Loneliness.  Loss of youth and beauty.  The pink slip at work when you had served the company so well. Our lists can get longer and longer because fear is magnetized toward everything which is beyond our control.  Yes, fear will stick to anything if we let it.

Rather than telling you how I’m overcoming and battling through this deep bruise in my own life, let me suggest a great resource that helped me as I decided that I had had enough of fear’s intrusion.  I won’t promise you that this is a cure-all but I’m not going to understate how valuable I believe that this book is.  Fearful people need help with their thinking more than anything so I encourage you to order Ed Welch’s book, Running Sacred.  This is a great place to get started and I recommend it for even those who sense no personal battle with fear in the present moment.  If I had this book four years ago when Fear started inviting himself in my life all the time I might have not wasted so many months trying to overcome on my own.  Looking back, I just didn’t have the tools I needed.  Today I have those tools and am humbly leaning upon God as He trains me in their use.  God’s giving the victory and I feel that He wants me to share, not only my struggle with fear, but also the pathway to victory.

Be content today, friend.  God knows all about it and may just use this simple little blog post to send you the practical help you’ve been waiting for. He’s been listening to you and is not content to let you languish.  Get the book.