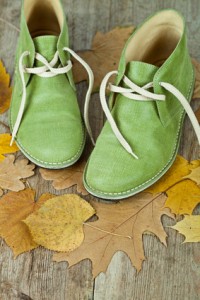 Man’s religion is nasty.  Man’s religion is hollow.  Man’s religion is demanding but offers nothing lasting in return.  Man’s religion is epidemic and it is here to stay.  Jesus Christ has nothing redeeming to say about man’s religion.  This snaky impostor has been sinking its fangs into the feet of mankind since the Garden of Eden, causing multitudes to stumble and fall, and it will continue to do so until the Great High Priest himself comes and rids us of it forever.  Are you able to distinguish between the religious ways of man and the eternal ways of God?  Much depends on your ability to do so.

“Again He entered the synagogue, and a man was there with a withered hand.  And they watched Jesus, to see whether He would heal him on the Sabbath, so that they might accuse Him.  And He said to the man with the withered hand, “Come here.”   And He said to them, “Is it lawful on the Sabbath to do good or to do harm, to save life or to kill?” But they were silent.  And He looked around at them with anger, grieved at their hardness of heart, and said to the man, “Stretch out your hand.”  He stretched it out, and his hand was restored.  The Pharisees went out and immediately held counsel with the Herodians against Him, how to destroy Him.” – Mark 3:1-6 {ESV}

Jesus Christ had the audacity to do good on a day when religious leaders meticulously demanded that people do nothing.  God’s gift of the Sabbath to the Hebrews had long since forfeited its substance in the hearts of Israel’s leaders.  The Sabbath was intended to provide people with a day of rest from work, a respite for undistracted worship and a day for man to remember that God will sustain him even when that man cannot work and engage his own power to perform.  The Sabbath was a gift but, to the religious leaders of Jesus’ day, it had become a god.  Not for the first time, nor for the last, Jesus would demonstrably challenge this addiction to codes that plagued those ultra-religious Pharisees. He defied their traditional understanding of the Sabbath by exerting divine power to heal a man’s disability and to radically change his life.  Knowing the deadness of soul and the venom of judgmentalism that was in the hearts of those religious leaders, Jesus confronted their hypocrisy and facilitated a crisis that day.  Mark it down, the Bible says that Jesus was angry at them.  It grieved the son of God that their willful blindness was so active and predominant in their lives and leadership of God’s people.  He did not negotiate with them over the matter that day.  He sovereignly healed this needy man and let the struggle of whether or not it was in line with man’s religion lay with the Pharisees.  What was their response to this undeniable miracle of healing?

They decided to kill Jesus.  This is what religion always does.  Slay the substance to protect the shadow.

I want to encourage us to spend regular time evaluating what we equate with God’s Kingdom.  What is that great hill that you are fighting for in the name of Jesus?  What makes you beat your war-drum a little harder?  Where is it that you zealously plant your flag?  For the Pharisees in Mark 3 it was the Sabbath.  They felt that they had scripture to support their views and they certainly had the traditions of their forefathers to undergird them.  They also had a majority consensus and a visible backing among the people. But they were wrong.  Dead wrong.  As a pastor I have a deep concern that many in our churches are exerting a similar effort in making a statement with their lives.  They are robust and committed, engaged and sacrificial, willing to die for their cause as they pour out blood, sweat and tears to scale the heights for their convictions.  Yet in the end I am convinced that, having lived their lives so doggedly for what they believe, they will reach their long-anticipated summit only to discover that they have spent all their days climbing the wrong hill.  Man’s religion  is a subtle thing and it takes a humble heart to stop climbing, turn around, walk back down your mountain and wait for the Shepherd to lead you to the heights that He has appointed for His flock.  Are you willing to consider that you may need to do this today?

You are waiting for me to give you a list to assist you in identifying man’s religion so that you can discern if you are guilty.  I won’t do that.  The list is far too long, never completed and completely unnecessary.  What you must do is take God’s book of truth and ingest it prayerfully.  Fall in love with its Author.  Believe that He is desiring to show us His paths and remove the woeful ways of our religious hearts.  Commit to transparency and honesty with the understanding that you can be as wrongfully convinced as the Pharisees once were.  Do what they did not do:  repent of living in the shallows.  Ask God to enlarge your heart as you abandon your deeply planted flags of preferences, comparisons, defenses and judgments against others.  Welcome God to give you a new canvas to paint the rest of your life upon.  Then wait on Him.  Wait on Him some more.  And some more.  He does not entrust His deepest insights to those who refuse to be still.  To those who never pause to consider if they are wrong.  Nor to those who long for the approval of man.  He has something for you that will be more sweet than the healing of a withered hand in a Sabbath day synagogue service.  Is your heart open?  Are you hungry?  Drop your agenda and taste and see that your Lord is good.  Your brothers and sisters are up on the castle wall, soaking in the beautiful vistas of Christ’s Kingdom.  They are watching out for the real enemies and battling the ones who draw close. They are merging their lives with others in shared oneness.  They are waiting for the King to return and bless them.  These are His subjects and they have learned to live free in the open air of His grace, mercy and love.  Pharisees and those like them?

They are in the castle basement tying and untying their shoes, thinking they have discovered the keys to the kingdom.