Being Delivered From Spiritual Smugness 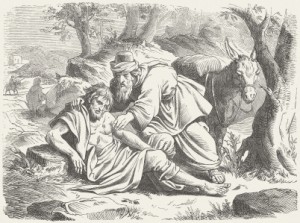 Do you ever have occasion to be startled by your ability to act unrighteously?  I’m a Christian and have been so for about eighteen years but am finding that I can think, talk and act in a particular way that would make it seem as if I had never experienced the mercy of God.  Though this isn’t the norm for me, it is frequent enough to remind me that I am absolutely dependent upon God and His grace if i am to live in a way that fittingly represents the King to whom I belong:  Case in point:

This week I learned two pieces of information concerning two separate men who had, in years past, caused me harm.  Both of them thought they were doing the right thing but I boldly declare that they were misguided and operating in the flesh at the times of the conflicts.  The details are not important but suffice it to say that these two gentlemen had individually worked against me in order to bring harm to my name, my ministry and my own heart.  When it was occurring I struggled immensely at behaving towards them in a Christ-like manner and learned some very valuable lessons in those challenging months.  Candidly, I did not always achieve my goal of doing-what-Jesus-would-do as I endured their repeated attempts to undermine me.  After months of dealing with one of the men, I discerned that God was telling me to let it go and raise no more words for my own defense.  Losing a battle does not come easily to me but I sensed in my soul that God would be my defender and I would cause damage if I allowed the fight to go on.  I put down my sword while the man continued to hack away at me.  I felt that he won and it took me a while to become content in my commitment to obey God and keep my mouth shut.  The issue with the other man was not nearly as intense but when a person throws a succession of rocks at you they don’t have to be huge to draw blood -they just have to be well-aimed.  Again, God showed me in Scripture that I would need to be quiet and still as He worked out His plan accordingly.  In my desire to fight with these two men, I had conveniently forgotten how deeply loved they were by God and how He desired to show them mercy even as they were blindly coming against me.  I chose not to fight with these two children of God.  I let it go and carried on with my very happy life.

This past week, and years after the two scenarios had played out, I received casual information about these brother’s lives.  The news was not happy as each of them had imploded in ways that are not healthy to discuss.  My point is not that I could now claim the “victory of vindication” but that…my sinful heart experienced a moment of smug satisfaction that actually felt momentarily good about their own losses.  I did not share the news with anyone (and will not, so don’t ask me about it), nor did I thank God for balancing the scales with these two men.  I didn’t act.  I didn’t speak.

But I thought it.  I felt it.  I experienced inside of me a brief but entirely carnal satisfaction that the ones who hurt me were now hurting.  In this moment I also failed the test of my character.

We can suppress our words and modify our actions to appear holy and acceptable before people but we are unable to do anything about our hearts which are read by God as an open book in bold font.  How could I, one who has been forgiven copious amounts of personal sin and soul-failure, allow for ten seconds my heart to feel good about the pain of another? These men are hurting.  Their families are hurting.  The cause of Christ is sullied in the eyes of onlookers because these men have proclaimed Jesus as Lord.  In the end I had to realize that it was nothing but pure selfishness that allowed my smugness to arise.  What was the remedy?  I actually pictured the face of Jesus Christ and what His expression would be as He beholds the trouble these men are in.  Jesus wasn’t smiling or happy for me that the men were suffering.  Jesus wasn’t thinking of them in the context of what they had done to me.  In my mind I saw my Lord compassionately weeping over them and extending mercy to them and holding grace out to them as He moved swiftly to rescue them from the backwash of their sinful decisions.  It was then that I realized that He was approaching me in the exact same way because of my self-righteous thoughts about the “payback” that I assumed had found these two men with whom I had once worshiped God.  Not only do they need His rescue…I need it just as much.

Friends, when you come to this blog and read, please know that the author is a sinner.  I am not yet free of sin’s effects in me.  Christ has made me acceptable to the Father through forgiveness in His blood…but I am not yet complete.  This is true for you, the reader.  It is also true for my two brothers who are having to carry on today with broken shards of life at their feet.  How could anyone feel benefited by the pain of another?  May God remove from us all any and all potential to feel good when judgment finds another.  We are called to be people of mercy.  God, help us herein.

James 2:13 – “For judgment is without mercy to one who has shown no mercy. Mercy triumphs over judgment.” {ESV}