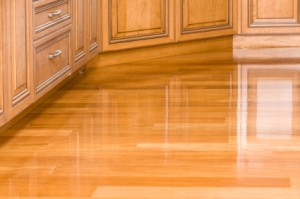 So I’m waking up my son yesterday morning for school and finding it as it usually is: a challenging endeavor.  The little fellow loves him some sleepy-time and prefers half-day stints under his covers if permissible.  Yesterday, after a prolonged succession of grunts and moans he finally poked his face out from under his blanket and with a look of anticipation in his eyes he speaks to me for the first time that day and says, “Will you slide me on my back across the kitchen floor?”

That was the first thing out of my son’s mouth on a Monday with a whole week of scheduled quizzes, reading comprehension, penmanship skill-development and physical education.  His goals were to get things started off rightly with a journey across the hardwoods on his spine.  Let it be known to all that I’m raising a Viking in suburban Atlanta.

Maybe there’s something to learn from Landon today.  I usually start my own day by feeling a sense of accomplishment that I awoke before my already-early alarm clock sounded.  My brain wakes up before my body and my first thoughts tend to lean toward my schedule and my lack of ability to meet its demands.  There is usually a yelp of prayer before my feet hit the bedroom floor and then, after showering, I commence to non-stop scurrying for the next 10-14 hours.  Sounds somewhat like a cardiac arrest in the making. Truth be known, many days I have to wonder if anything substantial has been accomplished.  I’m considering today if my son doesn’t have an inside track to a better way of living.  Amy spoke to me this past weekend about the danger of always thinking about “the next thing”.  She wisely indicated that when we are constantly focused on what’s coming up next we rarely enjoy what’s happening in the present.  For instance, Landon would ask why one would think about a spelling test that happens at noon when the kitchen floor is offering you an opportunity for gravity-defying tricks at 7 AM?  I listened to my wife and have been thinking about this ever since.  I need to grow in this area.

Meadow’s worship leader, Jose Cubas, is a man who milks the most out of every moment.  He used to get on my nerves with that because his motto in life seemed to me back then to be “Isn’t this great!!!” This mindset in Jose would be applied to anything from a tuna sandwich with the crust cut off to a repentant sinner committing his life to Christ.  Everything’s great!  This beloved brother enjoys each moment as if it were the last.  I guess that I showed up tardy when they were passing out that character trait to the human race.  After years of serving alongside Jose I now see that he knew something then that I have struggled to believe:  life is indeed intended to be fully enjoyable. We need to be careful that our doctrine of eternity’s bliss doesn’t result in us postponing enjoyment until then.  Our world is sin-scarred for sure and we know that it is fraught with pain and disappointments.  Yet is not God’s grace also intended to empower us to import Heaven’s bliss into earth’s struggles?  Isn’t faith intended, in part, for this great victory?

Or maybe Jesus didn’t mean it when He told us that He came that we could have abundant life.

For all of you type-A personalities who were born to conquer, listen closely to what I’m saying.  There is within us a risk of being so focused on the next mountain to conquer that we fail to appreciate the mountain where God has currently placed us.  We can live out our minutes preparing for the next hours and thereby forfeit both the minutes in the present and the hours when they arrive and thus become the next present.  Life is thus lived but rarely enjoyed when we don’t soak in what God is giving us right now.  What is my counsel then? Slow down.  No, I mean it: SLOW DOWN.  Conquer the mountain of training your mind not to go too far out in the future and let it, instead, appreciate what’s going on right now.  I owe a debt of gratitude to Landon for living this out as a natural part of his child-like journey.  I should thank Jose for modeling this to me for years until I came to appreciate it.  Most of all I praise God for Amy who gently nudged me over the weekend to think about how the present moment of enjoyment can be sacrificed on the altar of tomorrow’s opportunities.  Maybe you should think awhile on this too.

Now if you will excuse me, there’s a kitchen floor calling my name.