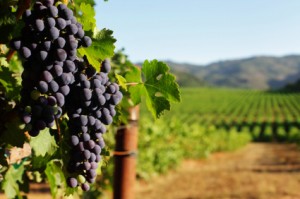 Gathering with a group of friends last night at Meadow, I was so blessed to see the diversity among those who had come to pray.  My little group consisted of me, a woman in her fifties, another in her sixties and yet another precious lady in her seventies.  I looked around at one point and saw a man that was a criminal and drug addict five years ago, before he met Jesus Christ – now he pours himself into young people so that they never experience what he once allowed to rule his life.  There was a lady in her twenties there who my first memory of consists of her pushing away my wife’s hand when Amy tried to comfort her at the end of a church service; this sister was bulimic and unhappy and unforgiven back then, filled with turmoil and a slave to body image.  Four years later she shines with the joy and purpose of Christ and has traveled internationally taking care of the poor and discarded.  My eyes also rested upon a man who used to live for thrills – motorcycles, drugs, alcohol…now he preaches God’s truth and shepherds God’s people.  If I had the power to take the cross of Jesus out of the equation (perish the thought!) I would have been in a room full of some incredibly hopeless losers.  And I would have been the chief loser above them all. Here’s the passage I shared with them before we broke off into small clusters to pray to the great King who rescued us from ourselves:

“I am the vine; you are the branches. Whoever abides in me and I in him, he it is that bears much fruit, for apart from Me you can do nothing… If you abide in Me, and my words abide in you, ask whatever you wish, and it will be done for you.  By this my Father is glorified, that you bear much fruit and so prove to be my disciples.” – John 15:5-8 {ESV}

Jesus makes two startling statements in these words spoken to His first followers 2,000 years ago.  He declared that His disciples would accomplish nothing apart from abiding in Him.  He speaks of an unseen reality, a spiritual union and partnership with Him through faith and obedience.  The impact of His words are alarming in our day because we are offered many substitutes that help us “do life” without having to concern ourselves with whether or not we are abiding in Jesus.  Man’s genius has constructed a world wherein God is seemingly unnecessary to achieve man’s goals.  God may be shoved aside, ignored, resisted or given lip service….but abiding in Him? C’mon, that’s for radicals.  Jesus makes a second statement which also captures my heart.  He declares that, should we endeavor to abide in Him, our prayers will be granted constant affirmation.  Your Savior said that and I hope that you will resist the urge to so pick it apart that the promise becomes nothing but apple peelings at your feet.  When we abide in Christ through purposed obedience, reverence and joyful following, His own desires become ours.  We want what He wants in this world and into the next.  There is a holy merging of the divine will and the human will until they cannot be separated.  This blanket promise of constantly approved prayer is not for unbelievers; it’s also not for every believer.  This promise of “ask whatever you wish, and it will be done for you” is reserved for the remnant of devotees to Jesus Christ who long for nothing more than to accomplish His will for His glory.  What then is reserved for everyone else, you ask?

“Apart from Me you can do nothing.” The impact of this statement is not so much that we are paralyzed humans, unable to walk, talk, think or speak unless we are devoted followers of Christ.  It’s actually more sobering than that.  His teaching is that we can spend our entire lives walking, talking, thinking and speaking in voluminous amounts but, in the end of all things, there will be the discovery that none of what we lived for had any lasting significance.  What Jesus is saying is that the life lived apart from Him is a life that has no value beyond death.

Almost everyone you know is living that kind of life today.  Agnostics live that way.  Humanists live that way.  Hedonists live that way.  Moralists live that way.  Evil people live that way.  And, unfortunately, so do some who have genuinely been made saints through the blood of Christ.  They received forgiveness of sin but not the realization of death to self.  Their lives are lived beneath the sun and never a thought is given to life beyond planet earth.  Heaven, to these people, is either a fabled myth for duped Christians or such an intrusive, mystical thought that they push it away from “real life” and continue to live in willful ignorance.  Don’t let this be you anymore.  Don’t believe the hype down here.  Use this life but never let it use you.  Consider your ways and ask yourself the compelling question…

Isn’t there more? I assure you that there is.  Much more.  It is awaiting those who will abide in Christ.