I Got The Best One 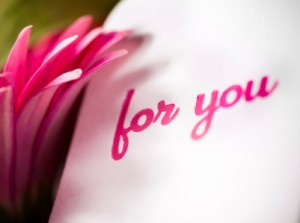 Martin Luther was known for a mouth that could release the highest theological thoughts and the sharpest of personal barbs.  Once he made up his mind about something and expressed his thoughts verbally, you would have no lack of clarity about where he stood on the issue.  I enjoy reading him and have even discovered a little website that scrolls some of his most famous insults.  Here’s a kinder, gentler quote from Luther that I’d like to utilize today as I think upon my wife on her birthday.

“Let the wife make her husband glad to come home and let him make her sorry to see him leave.”

Amy, you have fulfilled the first part of his quote so powerfully that it makes me eager to fulfill the second part.  God granted me a wife nearly fifteen years ago and I had no idea what I was receiving on that late-November day.  Originally, like many of us do, I saw Amy in light of who she was to me.  My wife, my helper, my friend, my mate, my…my…my…my.   We’ve gone down the road for a bit and I’ve never been more grateful for her nor have I ever been more in love with this woman.  Though she is going to deeply miss her mother today on her first birthday without her, I want to tell all of you who read that Jeff Lyle has a strong and courageous woman.  She live in physical pain that she doesn’t advertise while her injuries from last June’s collision heal more slowly than we often wish.  She is the most sacrificial mother that I’ve ever observed and my children will not fathom the treasure she is until they are much older and recognize how much of Amy’s life is devoted to her family.  It may sound far-fetched but she has never started an argument with me and, should I unwisely lay the groundwork for one, she has never taken the bait.  She’s a loyal friend to those who will win her trust.  She’s beautiful and wants to be so for only man – she’s the rare lady who get’s better looking every year.  Though Amy hates the spotlight, she loves to sing for her King and music is weaved together with worship deep into her heart (she sang in her sleep last night!).  Her gentleness melted my hardness and is likely the chief tool which God uses to teach me what it means to truly love.  You would do well not to cross her because she has no qualms about balancing out her mercy with some biblically grounded justice; but she’s the kindest soul you will ever know if you take the time to do so.  By the way, she’s often misunderstood by others: being quiet, she’s been called a snoot.  Being meek, she’s been thought to be a phony by her female counterparts in our cutthroat generation.  Being feminine and classy, she’s been misread to be aloof and fragile.  Amy knows her priorities in life are me and our children so she’s disappointed more than a few misguided church-folk who assumed she was the 2 in a two-for-one deal on their pastoral team; we remain committed to her primary ministry in the Kingdom to be exactly where God places it: her family and home.  By the way, Amy loves Jesus Christ and has lived faithfully for Him since committing her life to Him as a child.  She’s never been soiled by this world though she will quickly confess that she’s a sinner who has been rescued by relentless grace.  She was the daughter that loved her mother so much that she refused to rebel, lest she break that momma’s heart.  She’s bragged on her daddy since we got married but never forced me to live up to his role in her life.  Amy patiently taught me the importance of family and has now succeeded in her endeavors – my family is the foremost thought in my life beside my own personal walk with Jesus Christ. Yes, friends, I brazenly boast that I got the best one.

You may say, “Jeff, is this whole blog going to be about your wife?” YES…and maybe tomorrow’s too…and the next and the next.  She’s my hero in ways that I am insufficient to express and today is her birthday…and I celebrate my beautiful lady who owns my heart.

I love you, girl.