Holding The Seed, Seeing The Harvest

On Wednesday, December 14th 1994 I experienced what is commonly referred to as “the call to preach”.  I sensed strongly that night an inner voice compelling me to give my life toproclaim God’s truth.  Later that evening God confirmed this call to me through a passage in Ezekiel and I consequently found my life purpose.  On the first Sunday in January a few weeks later I stood in a pulpit for the very first time.  Several years – and many regrettable sermons – later, I was given an opportunity to preach a series of messages on the life of Joseph from the book of Genesis while my pastor took a few months of Wednesday nights off.  That series awakened me to the joy of pastoring people with God’s word and I would never be the same. 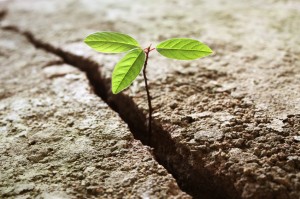 God can start a harvest in any circumstance

Joseph’s story is much more than can be summarized in a blog.  He was betrayed by his brothers, sold into slavery, falsely accused by his master’s wife, forgotten in prison and finally exalted from the dungeon to the palace by the sovereign hand of God.  The occasion came about much later when the brothers who betrayed him stood before him in desperate need.  Many years had passed by and they did not recognize their young brother who was now a grown man.  When Joseph, enthroned in power, saw his vulnerable brothers before him, he chose the high road and did not enact merciless justice upon them.  He gave them grace and forgave their betrayal and summed up the immense difficulties he had encountered in his life by telling them the following:

“As for you, you meant evil against me, but God meant it for good, to bring it about that many people should be kept alive, as they are today.” – Genesis 50:20 {ESV}

Joseph, holding the seed of past pains and betrayal, saw instead the harvest of God’s gracious plan and infinite wisdom.  I’m hoping that you and I can obtain the same depth of faith that our ancient brother displayed there in Egypt.  You and I must see God’s harvest in and from our lives when He entrusts us with seeds of disappointment.  We must never make the mistake of elevating people as the sole sources of what happens in our lives -whether good or bad.  It is equally important that we not err by forgetting that God Almighty is never caught off guard or distracted when troubling circumstances find us.  God provides pain to us as a means by which we take on a deeper identification with Him.  Joseph could have given up at the onset of the realization that his flesh and blood sold him out.  He could have grown bitter against God when he was falsely accused of sexual assault.  Likewise, Joseph might have doubted God when he lay for long months in prison as a forgotten man.  Instead…

Joseph chose faith.  Joseph employed patience.  Joseph looked up instead of within. When the time came from God, Joseph reached out a strong hand to grab his cap and gown and take the graduation leap from prison to palace.  Joseph believed God for good. Will we?

Anyone who has ever cried out to God for something great will eventually wear the same sandals as Joseph.  And Moses.  And David, Esther, Ruth, Mary, Paul and John.  These are, in all actuality, the sandals that Jesus Christ wore and requires of all who will follow in His steps.  Don’t fret when troubling seeds take root.  Trust that, when man or the devil or your flesh, means something for ill…God will bring froth the bud and eventual blossom of something glorious.  Don’t spend any more time blaming when you can use that same time scanning the horizon for the breakthrough.  The prison door will open.  The betrayer will be made aware of his wrong.  The harvest of faith will never…ever…be denied.  Don’t just grudgingly take the heavy seed from God… the reason it’s heavy is because of the bountiful crop contained within it.