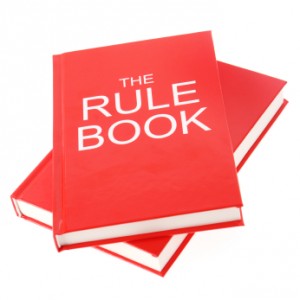 One of the most intimidating things you are called to do as a follower of Christ is to make a stand.  Christians are sometimes negatively portrayed as we stand against the unbiblical aspects of our modern culture.  We are not exactly applauded as we protest cultural immorality so that our beliefs and convictions are not eventually silenced in America.  Let the redeemed of the Lord speak out, right? In my opinion, it is easier to stand boldly against overt sinfulness in our culture than it is to do what I wish to address today.

Groomed in my early days of faith amongst Independent Baptists, I delighted to discover how seriously sin was taken.  I desperately needed someone to help me cultivate convictions about right & wrong, sin & righteousness, flesh & Spirit.  I listened intently and conformed unquestioningly to what I was taught.  I cut off my long hair.  I bought a big King James study bible.  I started wearing button-down collars (heavily starched of course) and conservative ties.  I was, at the same time, devouring the Scriptures as I would sometimes read for five or six hours a day.  During the first year of my faith-journey I was beginning to notice that much of what I was hearing taught by way of denominational standards and traditions seemed to have no scriptural root.  The process went further and I was alarmed to find that the spirit behind all these rules I had embraced was similar to the spirit of the scribes and Pharisees in my New Testament.  Something was wrong here. You can imagine my discomfort when I began to understand that the scribes and Pharisees were antagonistic toward Christ and that He reserved His harshest words for them.  I found myself becoming increasingly convinced that I was more like a Pharisee than I was like Jesus Christ.  For a long time I lived between those two worlds and, admittedly, I struggled deeply with how to be free in Jesus Christ without perpetuating mindless traditions that were clearly drawing their source from the heart of man instead of the word of God.

How do the preferences/traditions/standards of men become so elevated that they are eventually preached as the doctrines of God and received in the same manner?  Why do people accept unbiblical legalism when they would never accept unbiblical liberalism?  I’m convinced that many Christians are aware that the traditions passed down to them are not scriptural but they remain in churches, schools and ministries which keep them in bondage.  They are comfortable in their chains.  They have been intimidated by leaders who seem to almost dare them to ask questions or voice their concerns.  Additionally, they have come to identify themselves according to those traditions and they are afraid of what there will be to latch on to if they abandon the preferences that they have come to rely upon.  It is far easier for them to continue on the path of least resistance as year after year passes without them tasting of true freedom in Christ.  Jesus says above in Mark chapter 7 that God’s truth is denied when man’s traditions are enthroned.

There’s a word for this: SIN

Christians, we are called to do one thing with sin – confess it and forsake it.  We have been granted permission to keep our loyalties aligned with God’s Word – more importantly, to the Author of the word Himself.  Care enough for your soul to see if what you are taught has biblical foundation.  Respectfully ask questions of those who lead you.  Here’s a thought: what if God intends to use you to help your leaders to conclude that their regurgitated traditionalism is sinful and an barrier against biblical grace?  Search the Scriptures and see how Christ and His apostles dealt with this spirit of overt traditionalism that still lives on today.  We are unable to arrive at the conclusion that it is really no big deal because we all understand that any “category” of sin is a valid issue to be examined.  Traditionalism and Legalism are especially heinous because they masquerade as righteousness and faith.  That’s why they get a free pass from most and I, for one, could not carry on in that venue with a clear conscience.  May God raise up many who are convinced that reformation is necessary among Independent Baptists.  I want my children and grandchildren to be loyal to King Jesus more so than they are to King James.  May those who follow me as their pastor scrutinize the garment around their heart with greater seriousness than the garments on their bodies when they show up for Sunday service – there should be greater emphasis placed on the inner man’s dress code than the outer man’s for, if the inner person is properly adorned, so will be the outer.  God, grant Your children the courage to talk about the down-tempo of our apathetic heart’s worship before we flock to teachers who decry the danger of the up-tempo of modern Christian music.  I’m afraid that we are reaching a crisis point wherein we are going to have to decide if God has called us to be curators of a traditional museum of religion or ambassadors of a present-day King who exalted truth above tradition.  Frankly speaking, we are unable to be both.