Go Ahead And Admit It

Anyone else out there sick of hearing about U.S. Representative Anthony Weiner and the current scandal attached to his (unfortunate) name?  The congressman from New York has now entered intro a treatment facility as a remedy to his being exposed for sending lewd photos of himself to a plethora of women.  He still refuses to resign from his high office and seems insist 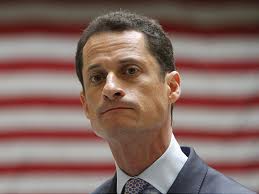 ent upon weathering this ridiculous storm that represents yet another type of scandal becoming all too familiar in American society.  The American church has now chimed in upon it with Albert Mohler, president of The Southern Baptist Theological Seminary – the flagship school of the Southern Baptist Convention and one of the largest seminaries in the world – communicating via Twitter, “Dear Congressman Weiner: There is no effective “treatment” for sin. Only atonement, in Jesus Christ.” Congressmen, American religious leaders, blog-runts like me and every media outlet in the USA has been taken hostage by another occurrence of men behaving badly.  What should New York’s Weiner do about his situation?

“Whoever conceals his transgressions will not prosper, but he who confesses and forsakes them will obtain mercy.” – Proverbs 8:13

Perhaps one of the silliest compulsions of human beings is to deny the reality that we are clearly flawed.  For Christians, we would understand this to mean that we are called by God to acknowledge our sinfulness.  Not only is this the upright thing to do when we have fallen short of God’s expectations, it is the reasonable thing to do.  Confession is never equal to informing God of something of which He had been previously unaware.  Confession signifies that we will agree with what God has said about what He already knew, namely our sin.  God declares certain attitudes and activities to be inherently sinful and when we participate in those things, we are rightfully indicted as having sinned.  Our confession involves humbling ourselves to admit wrongdoing, honoring God’s authority by not ignoring it, loving Him enough to understand that it has grieved Him and ultimately turning from that sin as we trust His empowerment for the needed victory.  How foolish it would be to avoid making spiritual-eye-contact with the Almighty and hope He doesn’t notice what we’ve thought, said or done.  Are we now so deluded and proud that we can no longer say, ‘God, You are right and I am wrong.’

Mr. Weiner is fooling nobody.  He’s royally messed up and is making things worse by taking a less than courageous route in handling the matter.  I believe most of us are willing to give grace and mercy to honest people when they have let us down.  Our gut tightens, however, when they seek to play us for ignorant dupes.  Concealing a failure never results in success, it only tills up the ground for the next failure.  Confessing and forsaking sin is painful because you have to indict yourself as being fully guilty.  You have to un-clutch all the reasons why you’ve convinced yourself that your transgression is not as bad as it would be had someone other than you committed it.  You have to spike yourself to a cross of judgment when the sin has been made clear.  Yes…you have to acknowledge guilt and many are afraid to do that before God because they are not skilled at equally acknowledging grace.  Grace can only be encountered on the other side of guilt – remember that.  When we expend effort on denying our guilt then we shut ourselves off from grace.  Guilt is the corridor of humbling that leads to the parlor of grace where we meet the God of open arms and restoration.  If you are looking to find a circuitous pathway to the parlor of grace by skipping the hollow hallway of acknowledged guilt, you will likely find yourself instead in the very crowded room of hypocrisy. That room is really not hard to find…and you’ll have plenty of company there if that’s the direction you choose.

Let’s do what’s right today, ok? Nobody expects you to be perfect but we all expect each other to be upright and honest.  Give genuineness another try if it’s been a while.  Start with being transparent before God and yourself and you will likely find the will to drop the unnecessary facade with others.  The scandalized congressmen from needs mercy and grace like we all do but, unless he gets real about what is happening to him, he’s going to continue to appear to be nothing more than a Weiner from New York.