Finding Truth In The Bog Of Religious Error 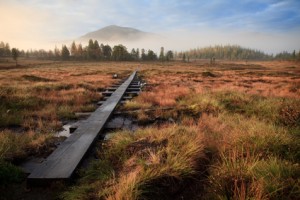 Somewhere, deep inside of me, all I really wanted to know is if anything was really true.  I was in my early twenties and had lived in such a skeptical, pessimistic reality that I had arrived at a place where I could have said in harmony with Pontius Pilate, “Truth? What is truth?” By that time in my life I had learned conclusively that anything you put your confidence in ultimately disappears on you or fails you.  So I was left with no other option than to believe only in myself.  I would become my own source of truth and security and never again hazard giving any of my trust away.  Long story short: that didn’t work out so well for me as I was humbled to learn that I was too shallow a vault to hold such valuable resources.  My inner longings continued to be unable to be satisfied and my fruitless search for truth brought me to despair by my early twenties.  It was only then that I opened up just a little to the teachings of my youth where a handful of loving people had invested in me the good news of Jesus Christ.  I began to listen (reluctantly and resentfully at the first) to a man with whom I worked as he told me the true gospel and asked me repeatedly if I would engage my will to place my fragile confidence in Jesus.  I was one of those people who had to exhaust every available option that might afford me peace before I would even consider something so trite as turning my life over to Christ.  At that point I believed the message of Christ was the same as the hollow religion that did nothing for me as a younger person.  To the repeated calls of the man I worked with who persistently asked me what I would decide concerning Jesus, the best that I could say in those days is that “I was willing to be made willing”.  Apparently, that was all that God was looking for.

I am a pastor today and I declare without apology that I can’t stand man’s religion.  Meaningless orthodoxy makes me want to wretch.  It isn’t comforting, sentimental, helpful or meaningful in the least to me.  My heart wanted to know what was TRUE so I could have the privilege to decide whether or not to commit myself to it.  Here was the problem then as it is now: the modern day bog of religious error contains two kinds of contaminated swamp-juice. They are theological liberalism & legalism.  Both of these devastating twists on the Truth discourage people from exploring further the claims of Christ.  Simplifying things, let me state that liberalism is expanding the truth of Christ to the point where it has no meaningful distinction and no empowering invitation -it’s too broad to mean anything significant.  In contrast, legalism is presumptuously narrowing the truth of Christ and weighing it down with man’s rules to the point where freedom is replaced with unauthorized legislation – it’s too constricted to offer entrance and life.  I didn’t know how to identify these two errors when I was thirsting for truth but I knew that something in my experience of religion caused me to be repelled from the God who was searching me out.  What incredible grace was afforded me when I realized that the Truth I longed to find and build my life upon was not in a creed but in a Person.  I didn’t need religion.  I needed redemption.

Don’t think me arrogant but I am compelled to say that I have found the truth.  THE truth. The Truth! I’m really not a religious man though the largest context of my life revolves around Christian thought, people and ministry.  In our current day there are countless people who would want simply to know what the truth of God is – who is He?…the meaning of life…the purpose for our existence.  Religion whittles away this massive concept and places it in a neatly packaged 2X2 box that you can tuck into your shirt pocket for convenient use.  On the other hand, hedonism removes all parameters until your sublime purpose for being here spills out into an undefined puddle.  When one is brought to Jesus Christ through His sovereign pursuit and liberation of them…it is then that they receive the foundation upon which to stand, to build, to run and to soar.  This will be foolish sounding to those who have not believed but I would only ask one question of you:  do you still sense that inner longing for meaningfulness to life?  Ecclesiastes 3:11 declares, “He has planted eternity in the human heart…” {NLT}. Because of this I believe that it is highly likely that you once longed for some cohesion to your life; you likely had some inherent understanding that something outside of yourself would offer meaning to your existence.  God places that inner longing in us that causes us to ponder these deeper issues.  It is there at some point in your life – maybe today? Life’s trouble, pain, confusion and dryness assaults this sense in us and many of us feverishly sought out The Answer in other objects: people, pleasure, work, beauty and acclaim often make the list.  Those things leave us unsatisfied and we are left alone with that gnawing need to tie it all together, to make sense of why we are here.  That’s an extremely important awareness of need in you and I encourage you not to shut it down.  Don’t numb it over.  Don’t suffocate it within you.  For me, that inner longing was God’s way of never allowing me to be content until that beautiful moment that He had ordained to shine His undeniable light into my darkened quest.  I could finally see and learned that it was not I who had been searching for Him but He who had chasing me down.  Two thousand years ago, Jesus Christ put it this way to all who are aware that something is missing in this dimly lit journey onward,

“Again Jesus spoke to them, saying, “I am the light of the world. Whoever follows me will not walk in darkness, but will have the light of life.” – John 8:12 {ESV}

That’s an incredible statement of truth from the Savior.  It also happens to be an open offer to you.