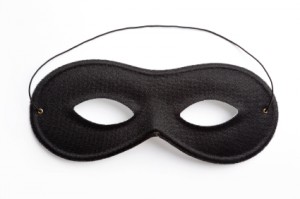 There is room for doubt as to whether anyone has ever chosen Colossians 4:7 for their personal “life-verse”.  This verse centers on a man with a very funny sounding name (Tik-ee-kuss) and really doesn’t seem to pack a wallop for most people.  Yet, if more Christians emulated Tychicus, our families, churches and society would be drastically different.  Here it is:

“Tychicus will tell you all about my activities. He is a beloved brother and faithful minister and fellow servant in the Lord.” – Colossians 4:7 (ESV)

A beloved Christian brother.  A faithful minister.  A fellow servant in the Lord. No neon, no camera makeup, no agent, no high gloss head-shots or PR team.  Just Tychicus, the simple Christian who lived 2,000 years ago and had his name preserved forever on the pages of God’s holy book.

My thoughts are focused this morning as I want to emphasize the last thing highlighted about this man in the verse above.  Tychicus was a fellow servant to the Apostle Paul.  Paul wrote Colossians while he was incarcerated for spreading the Gospel of Jesus Christ.  He rejoiced to know that the work of Christ continued on while he experienced a personal loss of freedom.  It was great that Tychicus had received Christ as Lord and could be called a beloved brother.  His commendation is accented further in that Tychicus knew how to fulfill his own personal ministry and could be titled a faithful minister.  Yet the aspect that captures my mind this morning is that the man was called a fellow servant in the Lord.  Beyond big T’s salvation and faithfulness to his personal work, he had learned how to partner with Paul and others.  He was no rock, no island, no Lone Ranger renegade who made up his mind that he didn’t need to belong to something of which he was merely a part of the bigger whole.  Like all who arise to the level of “fellow servant”, Tychicus had learned the art of cooperation.  The bible doesn’t specify it, but this man would have needed to learn how to set aside his own personal preferences from time to time.  It wouldn’t always be the way that he wished.  There were some things he would simply need to learn to live with as he served Christ and others.  Tychicus would recognize the need to submit to Paul and regularly prefer other fellow servants above himself.  It is highly likely that he would have been required to participate in things that did not exactly light his fire.  The dawning of realization that it was not all about him would be long ingrained in his soul before he could have been called a fellow servant by the great apostle.  I assume that he had some years on him because it is usually the young idealist, immature in the faith who has not learned to work with others in their imperfections.  Tychicus knew the mission.  He knew his portion and he knew how to strive to connect himself to others who were working towards the same goal.  In the end, God the Spirit moved Paul to write down the title that Tychicus had earned: he was forever a fellow servant in the Lord.

How about you? Does it need to be your way before you will give yourself fully to the Lord’s plan?  Are you still in that adolescent phase of Christianity where you sit on the sidelines and point out what is wrong with the church while rarely (never?) paying the price to help correct what you discern to be lacking?  Many have taken the presumed high ground by distancing themselves from the church as their own petty postulation that they can clearly see the flaws among God’s gathered people.  It’s too structural.  Too much hypocrisy.  Organized religion is corrupt. They make their statements…but they rarely make an impact for Christ.  Not Tychicus.  Not Paul.  Not Jesus Christ for that matter.  Christ knew that, everywhere He went, what He saw was flawed and beneath Him.  He knew every foul heart but He still kept giving Himself to people.  He pointed out what was wrong with the corrupt religion of His day and kept welcoming people to exit that religion and follow Him.  His arms were open in welcoming embrace, not folded across His chest in stewing contempt.  All the way down the pike to when He found you, Jesus Christ denied His own rights to meet the needs of others.  Boldly I ask you: how is it that you have decided you get a free pass on doing the same?

This Sunday I invite you to gather with a bunch of flawed, conflicted, sometimes inconsistent people known as the local church.  We are forgiven and called to a higher pathway as we have donned the garments of Christ’s disciples.  It is clear that we don’t always live up to our Savior’s holy name as we welcome His transforming work in our lives.  We, the flawed and sinful, welcome you, flawed and sinful yourself, to come and join with us as we work together as fellow servants in the Lord.  You will have occasion to disappointed, hurt, frustrated or even perturbed along the way of our journey together.  We promise that, when you disappoint us, hurt us, frustrate us and perturb us that we will remain committed to you.  You see, it’s not about us.  Or you.  It has always been about Jesus Christ and that’s why we remain committed to Him and one another.  We welcome you back if you will put Hi-Ho Silver back in the stable, send Tonto on to greater vistas and retire your black mask for good.  Lone Rangers can be loved by us…but they offer little in the way of teamwork.  It’s never too late to start doing what is right.