Busy But Not Blessed 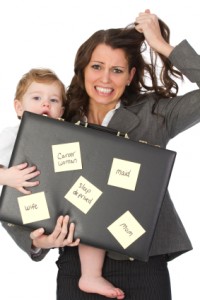 Sitting still is no longer popular in America.  It’s even less popular in American churches.  You must even take it down a further notch in Baptist churches.  After all, doesn’t the Bible say that exhaustion is next to godliness? We place a premium on constant motion because you have to be moving to be doing and have to be doing to have value, right?  Pausing & resting are tantamount to “heresy-of-the-body” so we have come to believe that we must keep a frenetic pace if we are to ever find ourselves approved at the end of the road.  Do you remember the lady in the Bible who got a quick lesson from the Lord on this issue? Her name was Martha and she was a Type-A consummate leader/achiever.  Jesus and the disciples came into town one day and she leaped into motion to prepare some grub for the group while her sister, Mary, chose instead to sit at the feet of Jesus and listen to His words of life (Luke 10:38-42).  Within a short time she grew weary of being the only one working while everyone else was chillin’ in the living room listening to the King offer words from on high.  Ultimately, this extremely busy woman could take it no further and said to Jesus, “Excuuuuuuusssssse me, but would it be to much to ask for You to command my sister to get off the floor and get her redeemed rump in the kitchen and help me with the food?” (my slightly paraphrased version).  Here’s what the Master replied:

“Martha, Martha, you are anxious and troubled about many things, but one thing is necessary. Mary has chosen the good portion, which will not be taken away from her.” – Luke 10:41-42 {ESV}

Ever so gently, Jesus nudged Martha’s attitude back into line.  In doing so, he placed the premium of Mary’s worship above Martha’s work.  In essence, He told the Type-A achiever to learn a little from her untyped sister who had no plan, no blueprint and no desire for sanctified scurrying.  Did you catch what He said? He told Martha that He would not take away Mary’s choice to worship and replace it with Martha’s desire for her to work.  Martha said “Make Mary work!” but Jesus replied “Leave Mary alone.”  The activity of Kingdom ministry was something Jesus prioritized but not at the expense of worship, rest and relationship.  Here are few things I’ve learned over the years, as I naturally have more of Martha ‘s drive than Marty’s appreciation of leisure:

Martha was busy.  Mary was blessed. I think that our business should proceed from our blessedness; it doesn’t really work the other way around.  Now, granted, one cannot sit resting at the feet of Jesus 100% of the time because we are called to reach others and serve others.  This inevitably requires motion and effort.  Having said that I would really encourage you to remember that Jesus told Martha that, between the two of them on that day, Mary had chosen better than her.  He not only permitted her to rest and relax…He endorsed it.  Sit still and ponder that for a bit…unless, of course, you believe you have more pressing issues at hand. 🙂