Beyond 1 Day For Love 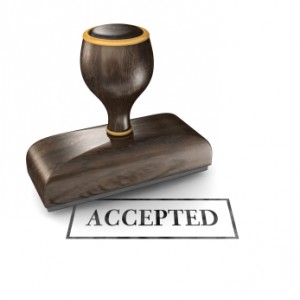 From where does most of the pressure you face originate?  Is it really outside of you or does it actually come from within?  We are learning that there is very little we can do to fully control outside circumstances which have the ability to cause inside stress and anxiety.  Scripture has much to say about God’s desire and ability to impart peace to us even when the tumult continues on the outside.  Our culture readily streams various pressurized expectations in our direction: expectations of success, expectations of beauty, expectations of quotas, expectations of competition…it gets very old, very soon.  The one thing I’ve noted about life’s rat-race is that, even if you win it, you are still a rat. So, what is the other option?

Several years ago I decided that I could not keep up.  It wasn’t defeatism that I gave into, it was reality.  I’d never be the best husband and father but I could definitely be a good one.  Some other person would have to be the most gifted and educated pastor but that didn’t mean I could sit down in a puddle and bemoan the fact that I was not better than those who went before me (1 Kings 19:4).  To live in pressure to perform is a malady you should hope to exit as a younger person because it drains the years out of you and you out of better years.  Listen to what Jesus once told a group of people who were pressuring a woman to make better use of the costly perfume she had just poured out upon Him in worship:

Did you see what Jesus did to this poor lady who was not allowed to do everything she might have done?  In her culture 2,000 years ago most women were treated with a second-class type of regard.  This woman was in an even worse state of affairs due to her reputation in the community.  Somewhere along the line she had discovered all that she was looking for her in Jesus and had decided to…do what she could.  When she did so, immediately pressures came upon her from the outside to do something other than what she did and to be someone other than she was.  Jesus rescued her from the intense expectations of others and affirmed her in the context of who she was to Him. I really, really dig that. She needed someone to accurately define her and objectively affirm her.  Jesus was the only one who could perfectly accomplish that for her because He is always the only one who has the other person’s best interest at heart.

Maybe nobody sends you anything on Valentines Day – will you allow yourself to be defined by that pressure to be validated by the affection of another?  Perhaps you didn’t get that raise as the new year began at work – does that reorient who God has made you?  Age can steal your beauty, sister, or your vigor, brother.  Maybe this new generation seems to be running over you or shoving you aside.  You hear in your head a voice that consistently hisses that you…are…not…good…enough.

Let the affirmation of Christ find you today.  Do all that you do unto Him.  Keep Him in heart and mind and allow His voice to say to you and any others whom you might sense pressure to please, “He has done what he can!  She has done what she could!” Now go and learn what that means and see if you don’t sense Christ rising up from the back of your life’s boat to say, “Peace, be still!” to these silly storms that batter your bark.