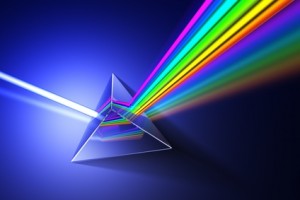 Seated with three other men whose input is valuable in my life, I asked for them to allow me to share my heart in an unguarded way about something which weighed heavy upon me.  Up to that point I had only been having internal discussions with myself about the problem and the days-long conversation had really soured.  I felt I had lost healthy perspective on the matter so I asked my brothers for some aid with the issue.  The three of them listened as I went on a little longer than I planned and then I became quiet and asked them to give me open, honest feedback concerning what had been shared with them.  All three of them are at different stages of life with very different personalities and temperaments from one another and, as they candidly communicated their individual views, I felt my burden becoming lighter and the fog in my mind dissipating.  After a little over an hour we left our time together and I found myself thanking God for trustworthy and candid men who care enough to let me acknowledge my weakness as they meet it with strength.  Man talk – gentlemen, we need more of it.  We are like the single strand of light entering the prism (check out the graphic above).  Laser-like, focused and singular in direction and focus. Works for me and I dig it!

The feminization of the American male has been a serious problem for decades.  As women of the 1970’s strove for equal rights, the movement had an unanticipated result: a loss of distinction between feminine beauty and masculine strength. An equality of rights for women (which is a very good thing) somehow morphed into a blurring of gender roles as women sought to be viewed as strong and capable as their male counterparts.  Masculine, decisive, proactive leadership in men came to be viewed with suspicion.  Feminine, nurturing and sacrificial tenderness came to be equated with undesirable weakness.  I think an unfortunate end which arose is that some women did not become strong as they had hoped…they only became hard.  My entire lifetime has been lived with truly feminine women and truly masculine men being regarded in our culture in a negative light.  Feminine women are viewed in our culture as weak while masculine men are regarded as chauvinistic.  Ladies, don’t be offended but I’m so grateful God made me a man.  I’m doubly grateful that He made my wife a lady (not just a female).  We find such joy in our distinct roles and God has blessed our commitment to operate in those roles in our home.  When I, needing counsel, sat across the table from those three men, I would have left severely disappointed if they had been tender and touchy-feely with me.  I didn’t need a hug. I required a little kick in the pants to get me back on the pathway.  Amy regularly interacts with women who go to her instead of me because they desire understanding, compassion and a listening ear without the accompanying testosterone-soaked list of fix-it’s for what is troubling them.  Man-talk is absolutely necessary as well as girl-time. Why does our culture try to eradicate these distinguishing traits?

“Be strong and courageous and do it. Do not be afraid and do not be dismayed, for the Lord God, even my God, is with you. He will not leave you or forsake you…” – 1 Chronicles 28:20

In this verse find King David talking to his adult son, Solomon – man talk.  The words are simple to be understood and framed in ways that the male brain can easily latch on to.  Be strong, boy.  Be courageous, son.  Do what you have to do.  Don’t fear.  God is near.  God won’t leave you. There you have it.  The entire instructional session consisted of three sentences from one man to another.  Men cry out, Yes! Women frown and say, Is that it? Men respond to that kind of counsel so much better than prolonged sessions of banter that are wrapped up in verbal decor and bows, wordy bells and whistles.  Men really, at the core, want to know what to do and then be turned loose to git ‘er done.  Ladies, your communication is like the other side of the prism (see picture above) where multiple beams pour out in variant directions and multiple colors.  This is beautiful and, at times, amazing to us men.  Yet, there are times when, if you want to get the most out of your man, you should seek to quickly get to the point.  Casual conversation is perfect at times and extremely meaningful as we deepen our relationships with one another but, if a woman wants to elicit a helpful response from her man, the less ornamental words she hangs on the tree of her main point, the better off she and her man will be.  Men get a bad rap for not being interested in what their wives say but I believe the opposite is often true.  We are so interested in understanding the core of what she is trying to say that we can become discouraged at all the “clutter” that prevents us from getting the main point.  Amy loves to talk but she was learned over the years that there are times when she has to get her point across in a way that yields the result she desires because my mind just won’t survive the ocean of details that she might share if she was chatting with a girlfriend instead of her man.  I hope this doesn’t sound harsh because I promise that there are equal times when I am aware that she just needs to talk, doesn’t really want my input or solutions and has been in the house all day with two little humans and zero grown-up edification.  Adult conversation in those moments are her biggest desire so I welcome all her main points and their accompanying details that dance alongside.  You see, husbands and wives must love each other enough to learn when the conversation should be male-oriented and when it should be female-saturated.  There is extreme benefit in both.

Men, let’s continue to get to the point with each other and do so quickly when we are able.  Ladies, many studies reveal that the average woman speaks three times as many words more each day than the average man.  Your husband isn’t necessarily a dolt, he is just like most other men and we simply don’t utilize as many words as women.  Talk with your girlfriends with unrestrained female communication patterns – indulge in it, get your fill, gush it out and soak it in with fervor!  But don’t be disappointed when homeboy walks in the house and can’t match that interactive intensity.  Let’s love one another and appreciate the differences God has embedded in us instead of resenting them.  Don’t try to change your spouse but make every effort to occasionally amend your own talking/listening defaults for their sake.  Men, listen and engage.  Women, condense and streamline.  If we will think of the other one in the room before we commence to speaking then everybody goes home…or stays home…happy.   😛