“So, being affectionately desirous of you, we were ready to share with you not only the gospel of God but also our own selves, because you had become very dear to us.” – 1 Thessalonians 2:8 {ESV} 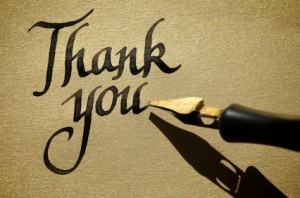 The Apostle Paul was no CEO in ministry. His theology had not allowed him to hide in his office away from the people he was called to serve (this is a great temptation for many vocational ministers). This blessed Apostle who had endured so much abuse in ministry still had a tender heart to accompany his clear head. When he wrote that he was “affectionately desirous” of the Thessalonians he used a Greek word found nowhere else in Scripture. The word indicates a loving fondness, a kind feeling, and a yearning inclination. Paul was for them and did not view them as being there for him in any selfish way. In the previous verse he had employed the image of a nursing mother tenderly caring for her children; that was Paul’s approach to his ministry to them. He so valued others that he took great care to tenderly nurture them and consistently nourish them. He did all of this and more with a heart that refused to hold a grudge for all the wrongs he had endured in life during his diligent ministry to others.

I find it interesting that the great pioneer of New Testament truth also added that, in addition to giving them the Word, he also felt the irresistible urge to impart his own life to the people. He refused to become a stuffy, theological seminarian who lived life as a breathing textbook. What a library has to offer people is “one way communication” – books talk but they cannot listen. Christians are not to live as if we are books on the spiritual shelf. Paul was committed to forming relationships as he went about the very difficult task of building up his companions and followers. He took time, made himself vulnerable, endured irritations, and employed sacrifice. All of these determinations in his life were done because he esteemed these dear people as being valuable. In essence, he appreciated them. Paul knew that it wasn’t enough to give them the truth…he had to also give them Paul.

The last phrase of verse eight is so transparent that it should make all of us who are in leadership roles stand up and take notice. It is something that I’m focusing feverishly on in my own heart and trusting God to produce more of it as time passes. He said to the people in whom he invested his life, “You had become very dear to us.” How far today’s Christian leaders have fallen! As so many pastors and church leaders, college deans and mission agency administrators have moved their focus onto budgets, buildings and breaking new ground, we note the diminishing of those who are communicating how precious the people are to them. May I ask each of us if the people around us know that we appreciate them and esteem them highly? Parents and grandparents, have you reminded those children lately of their value to both you and God? Employers need to remember that the success of their department rests on the backs of employees whose names you might not even know. Get to know them – you’ll blow them away by investing two minutes on a weekday by asking them how they are. Pastors, you expect the flock to come and hear you but do you know how important it is that they know that you also value what they say? Appreciating others requires slowing down, pulling over to the side of your well-mapped road and affirming the value in the person riding along with you. Not only do they need that from you, they deserve it as they have been esteemed as valuable to God.

Today’s challenge: Spend a little time in prayer and ask God to show you one person in your life who needs your appreciation of them.

Call them. Send them a card. Buy them a gift or have some flowers delivered to them. Fire off a lavish email expressing their value to you. Don’t hold back on this one as it is greatly needed. God will show you who really needs this from you this week. Participate in his high call to bless, affirm, encourage and appreciate one of His kids today.