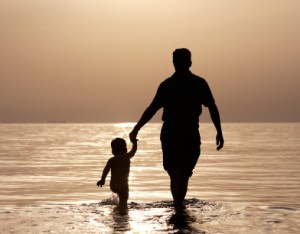 It is a beneficial thing for you to be aware of a few (a very few) truths that own you and therefore shape how you live your life.  Something drives you and serves as an engine that moves you along through your years.  There are reasons for why you are who you are and I believe that it is important for us to know those reasons.  There are negative things about me that serve as occasional discouragement and I am fairly aware of the roots of those undesirable issues.  Also embedded in me are some powerful, positive attributes and it is my occasional joy to retrace them back to their seed-bed and remember when those things first came alive.  One of the most gripping philosophies of my life found me when I first believed this truth from God’s Word:

“Or do you not know that your body is a temple of the Holy Spirit within you, whom you have from God?  You are not your own, for you were bought with a price…” – 1 Corinthians 6:19-20 {ESV}

Paul asked a question of us concerning whether or not we understood that the physical body of the Christian is the actual dwelling place of God.  For twenty-four years of my life I did not understand that truth or its high-impact implications – for that matter, I was not even remotely interested in knowing it.  Who spends time pondering what it means to have God indwelling them? Certainly not a young man who was living for the passions of his carnal nature and indulging any appetite he could in order to fill the gnawing void inside of him.  After being found of God in the Summer of 1994, I experienced the reality of “Christ in you, the hope of glory”.  Yet the portion of the above passage which has so greatly impacted me is the additional declaration that “You…are…not…your…own”.  What in heaven does that mean?

The worship of individualism is now the predominant religion in our nation.  We began as a nation that desired freedom to worship God without intrusions- that is the reason why America became an independent country.  A century and a half later, the shift of emphasis began to move away from spiritual fundamentals to nationalistic pride – America became her own idol through prosperity, military might and technological supremacy.  Now we have gone one step further in the wrong direction as the worship of the individual is the highest goal of our country.  My rights, my fame, my desires, my well-being, my entitlements, my needs, my prosperity…

And we have forgotten that we are not our own.  We have been bought with a price.

Christian friend, don’t miss the last part of that thought.  The reason why you are forbidden to buy into the myth of full independence is because there has been an unspeakable price paid by the One who now owns you.  Because of sin, all humans are separated from God and crowned with full and deserved condemnation.  We have not merely broken rules – we have committed treason against a Person.  Death is God’s judicial verdict and it has been applied to each of us.  However, God, in immeasurable love and grace, chose to satisfy His own justice by paying the penalty of our sin Himself in the person of His Son, Jesus Christ.  Get this: Jesus Christ lived 33 years on earth as the perfect human, He willingly died a criminal’s death when He was crucified, He bore the full wrath against sin in His own body so that Heaven’s justice would be satisfied, He rose again three days after His crucifixion, giving visible evidence that the payment He rendered had been acceptable to God.  Then He ascended visibly back to Heaven where He now sits upon His throne until he comes again to procure what He has purchased.  He did all of this as the sole means of benefiting you with complete pardon and incomprehensible life for all of eternity.  Yes, you are forgiven!  Yes, you are safe!  Yes…you have been purchased and are now the treasured property of the Purchaser.

Because of these truths that have so flavored my mind and life, I fully believe that the entirety of who I am, all that I have, all that I do and everything that I dream is to be purposefully and continually placed before the Lord for His inspection, permission and approval.  Too radical for you? Well, you might still subtly believe that you are your own then.  Is the Lordship of Jesus a smidgen too confining for your individual liberty? I might ask why you would assume that His Lordship will be anything other than fully pleasing to you.  Is it frustrating when His expectations collide with your own and you find that they came from opposite directions? Let us ask then what He is entitled to in light of the fact that He paid the full price to make us His own.  I have concluded that, though God has granted me many gifts through Christ, personal autonomy is not one of them.  I…am…not…Jeff’s.

These thoughts presently rule my mind and one day they will be completely manifest in the reality of my glory.  What I work out now with fear and trembling will, in that glorious future day, be seamless, effortless and without hindrance.  My selfishness, rebellion, apathy, indifference, disregard, and self-deceptions will ultimately come to their full and final end.  One day my position in Christ will merge into my actual experience in Him.  May that great moment not tarry long!