A Lack Of Specific Information 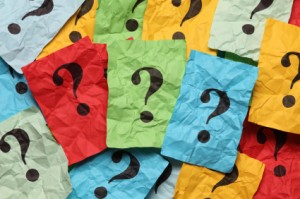 Chris was a tall, handsome, incredibly intelligent young man.  He had come to Christ in 1995 and we became good friends.  Eventually, we rented an apartment and spent much of our free time dissecting the Scriptures and ministering side by side.  When Amy and I married in 1997, Chris stood near me as one of my groomsman.  Several years later he moved to Colorado, married and is now, of all things, an Episcopal priest and theological blogger.  Chris has one of the greatest intellects of any Christian I’ve ever met and I’d be reluctant to get into any form of deep debate with the fellow.  There is something I have against the man, however.  He left me hungry one day, standing before the freezer in our apartment, incapable of making a wise decision about what to eat.  I’m unsure that I’ll ever forget what I saw staring back at me that day when I came home late needing supper.

Chris had done the grocery shopping that week and had purchased a package from the store which said only “MEAT PATTIES”.  This vague, uncommitted label told me something about its contents…but not nearly enough to motivate me to take a bite.

Meat patties. Was it beef?  We do not know to this day.  Might it have been some form of breaded poultry?  The greatest minds of our generation shrug their shoulders and walk away with no answer.  Meat patties…badger meat?  Raccoon? Fresh water otter or salt water crocodile?  I cannot give you an answer.  Meat…patties…a patty of meat, that’s the full extent of what I was being told.  All I knew is that there was some form of living creature that was once alive but was now dead, existing only as a package of meat circles in my freezer.  I had encountered a lack of specific information.

I think I made a PB&J sandwich and went to bed bewildered at how such a rational man like Chris could ever succumb to such a non-committal offer of nourishment.

Don’t you want to know as much information as possible when you are being asked to commit to something?  We do research on automobiles before we buy one because we need to know everything we can about this high-dollar commitment.  When people are considering a spouse, if they are wise, they spend many months (hopefully 10-15 years if your name is Alicia Lyle) getting to know the one to whom we will commit our lives.  One of the reasons I am currently backing Newt Gingrich for Republican Candidate for President of the United states Of America is because he is the only candidate who doesn’t hedge his answers.  He’s direct, honest to a fault and seemingly unconcerned with being adored as a political sweetheart.  He’s no Political Patty, he’s a Newt Patty and you know what you get when you take a bite and see what he’s all about.  Frankly, I get weary of the unending cycle of prepackaged answers and political blah-blah-blah that most politicians rehash for soundbytes. Respect the voters enough to tell us what you are about so we can know the substance of the one for whom we are voting.

By the way, don’t you want spiritual leaders to come out of the freezer and reveal what kind of meat they’re made of?  Spineless, limp-wristed, pulpit-pansies who feel called of God to be buddies with everybody end up cloaking the true Gospel of Jesus Christ so that they won’t hazard their appeal to the masses.  I can fully respect a preacher who goes full disclosure with what he believes, even if I think he’s an idiot or misinformed.  As for those Ministerial Meat Patties who refuse to tell you what the main ingredient of eternity happens to be…they belong in the back of the icebox with all the other freezer-burned items.

Christians, please remember that we are called to be salt and light.  We are not paprika or sugar or cinnamon or Season All.  We are salt – unimpressive but necessary in our generation.  Christ called us lights of the world…he never mentioned neon or strobe or that crazy blue light that whitens teeth.  We are gospel-bearers and glory-reflectors.  We shine with a borrowed light and I’m afraid that too many with prominent places in the visible American church are embarassed of the glare which comes from the true Gospel.  Stop wrapping up your light to make it appealingly dim.  Stop diluting your message to the point where you are now a low-sodium saint.  We owe a debt of honesty and forthrightness about our King and let’s leave the response of those who hear to the Sovereign God over all.

Stop being vague about what you believe.  Stop aiming for blandness.  Resist the urge to live in a package that only hints at what you are made of.  Meat patties? C’mon.  Let the world know what’s going on inside of you.  You were packaged to leave no doubts about the One to whom you belong.  Time to come out of the freezer.