A Little Jolt For Your Slow Monday Morning 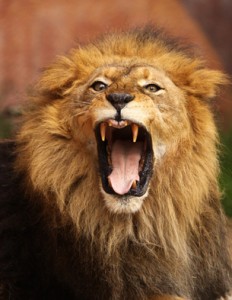 The Apostle Paul was an intellectual giant.  Few people in God’s Word are revealed to be more analytical, literal and level-headed than the church-planting missionary.  His education was unsurpassed by nearly all of his peers.  His pre-conversion mind made systematic study of Israel’s Scriptures and he become one of the Pharisees, having earned his graduate degree in Jewish Law.  After coming to Christ he employed that Spirit-soaked intellect and deposited the great treasure of the letter to the Romans into the church.  This legal treatise concerning what it means to be justified by faith is without equal in the New Testament writings.  In my opinion, Paul’s letter to the Ephesians runs a close second place as, again, God chose to employ the enlightened rationale of the architect of most of our New Testament in a manner that shows that Paul was no mental midget.  This man was a brain.  This is why we should slow down when we see him write,

The reality of the lord of the demons, Lucifer/Satan/Beelzebub, was a clearly accepted reality to the brilliant apostle.  While many would like to relegate Satan to a symbolic embodiment of evil in our day, Paul did not leave us room for that possibility.  By the way, neither did the Lord Jesus Christ.  Far from being a lunatic or fanatic, Paul was a grounded man who utilized objective scripture, eyewitness testimonies, historical data and objective experience in nearly all that he wrote.  Then he slips in a statement like the one above with almost no further explanation.  He reveals the general acceptance of the early Christians that Satan was a literal creature who had an active ministry of resisting the Gospel of Jesus Christ by opposing Christians.  When was the last time you slowed down enough to consider this reality for your own life? Could it be that some of the trouble, pain, sickness, discord, upheavals and trauma that you have experienced might have its origin in the once-glorious cherub who was evicted from Heaven?  Is there a possibility, fellow Christ-follower, that this “angel of light” has been forgotten by you?  Is it possible that you have dismissed the notion of his fight against you too easily and too often?  Consider the following mentions of Satan in Scripture and decide how we might ever think him to be something other than real and ACTIVE:

the adversary playing the role of prosecuting attorney in a heavenly court with God and the angels (Job 1:6 & Zechariah 3:1-2 & 1 Peter 5:8)

prince of the powers of the air, the spirit that now works in the sons of disobedience (Ephesians 2:2)

the power of darkness (Colossians 1:13)

an adversary, like a roaring lion who walks about seeking whom he may devour (1 Peter 5:8)

the angel of the abyss, named Abbadon in Hebrew, Apollyon in Greek – both names mean The destroyer (Revelation 9:11)

the accuser of our brethren who accuses Christians before God day and night (Revelation 12:10)

the dragon, the old serpent (Revelation 20:2)

Now, a simple cursory look at these verses can only leave us with the conclusion that the various biblical writers all recognized Satan as an individual personal being, malevolent and hell-bent (literally) on the destruction of all that is good and holy.  Essentially, Satan hates everything which God loves and that includes you.  My aim this morning is to call Christians to slow down and spend some time seeking discernment from God about how many doors we are opening for the activity of the evil one in our lives.  Could it be that the trouble in your home has its origin in his activity?  Perhaps the sickness in your body is not mere life circumstance but, rather, an attack similar to that waged upon Job?  A troubled mind?  A perpetually fearful heart?  An accused and shamed conscience even though you have been fully forgiven of sin?

We don’t think often enough on these things.  We chalk them up to “life as we know it”.  For those of you reading who have committed your lives to the glory of Christ I give you a sober reminder today that the enemy hates you.  He will spare no resource when he comes against you.  Yet, do not fret any further for we have one little word that shall ensure his final failure:

“Little children, you are from God and have overcome…for He who is in you is greater than he who is in the world.” – 1 John 4:14