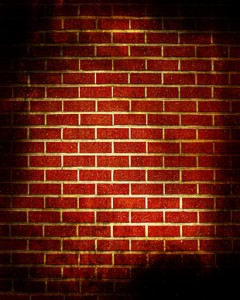 There are people in your life that are anything but easy to live with.  They come in dozens of different flavors but we all know them.  The closer you are to them the more challenging it becomes to try to coexist and move toward healthy interaction.  Sometimes the person is perpetually angry.  Other times it may be a hyper-sensitive, defensive temperament that leaves you feeling like you just can’t win.  How many women are married to men who internalize everything and refuse to communicate?  And then there are those men who said ‘I do’ to a lady full of sweetness only to wake up years later next to her to discover that she’s now full of venom.  We wish it weren’t true but we all must confess that we live among people who are hurting deeply and they simply don’t know what to do with their pain.  So they build walls. They shut out others.  They turn inward and begin to learn to live in self-preservation mode, adding layers between themselves and anyone who might bump into their existing bruises.  These people are hard to live with.  These people need our help.  They’ve become accustomed to being behind bricks and we must not leave them on the lonely side of their walls.

“A brother offended is harder to be won than a strong city: and their contentions are like the bars of a castle.” – Proverbs 18:19 {KJV}

The proverb above refers to a citadel, a strong city fortified by walls built with the intention of being impenetrable.  Behind those walls there would safety from attack, the ability to see danger coming from a distance by watchmen perched atop the walls and the ability to live a decent life with no unease of danger…as long as you stayed within the walls.  The writer indicates that a person who has been offended is as difficult to win as this walled-up city.  When we are deeply wounded in life (and who hasn’t been?) there exists the potential to retreat within our own castle, fleeing for our own security.  None of us desire pain and our natural instinct is to flee or fight anything which might cause us hurt.  Though not everyone retreats behind bricks, many do and they learn to live at a distance from others.  Insulation from potential pain becomes isolation from actual relationships and, for those on the outside of those walls they’ve built, it can be a heartbreaking process seeking to win back our loved one trapped on the inside.  Truth be known, hurt people act unreasonable at times.  They say things that are regrettable because from the well of a wounded heart, contaminated waters come forth.  They act in ways that cause injury to us and others; whether consciously or unconsciously, they allow their pain to somehow seep out from behind their bricks and negatively impact others.  They need the help we would give them but they are afraid of the risk of connecting again.  They’ve learned to live behind the bricks and it makes them feel safe even though, in the most profound sense, they live there all alone.

May God grant you the deepest grace to continue to risk it with people like this in your life.  Keep making yourself available to those who are content to continue being behind bricks.  I’m a firm believer, as a former behind-the-brick’er myself, that God has at least one person that He will use to reach each of these hurting people.  I don’t wish to add guilt or pressure to you but I would have you consider that you might be the only one left who loves that person enough not to walk away from them.  The more troubled and difficult they are, the greater the temptation for you to walk away.  These types of people are not an obvious beneficial investment of our time because they are, frankly, a pain.  Scripture says this: “For the fortified city is solitary, a habitation deserted and forsaken, like the wilderness.” (Isaiah 27:10 ESV) If we continue on with this picture of fortified cities representing people living behind bricks then we can agree that they are also at risk of becoming completely solitary, deserted and seemingly forsaken in their own personal wilderness.  Standing outside of defiant walls and waiting for welcoming entrance is nobody’s idea of pleasure.  Yet, if you will keep talking, there is a good chance that one day the person’s ear will be opened.  A consistent commitment to them will speak volumes of your compassion and faithfulness.  You will likely take some lumps as they won’t know how to respond to your gentle persistence in removing their walls but keep softening the mortar.  Keep pulling out individual bricks.  It may not be like biblical Jericho where the walls tumbled in an instant, but the barriers can fall over time.  Why would I ask you to consider this approach?

Because there is a really valuable person on the other side of that wall. They mean something to you or you wouldn’t have been thinking of them the whole time you’ve been reading today’s words.  Even more so, they are incredibly valuable to the heart of God and He may wish to entrust to you the great privilege of helping them – of winning back the well-fortified city of their heart.  After all, that’s what God does for us when we hide.  He pursues us.  He refuses to give up on us.  At times God waits for us to grow tired of the walls we’ve built up between Him and us.  He is the gracious, committed seeker of our highest good – this is how God sometimes loves us.  This is also how we must sometimes love the most challenging people in our lives.  We leave the giant, thick wall to God while we just focus on working on that one brick in front of us today.

I think they’re worth it.